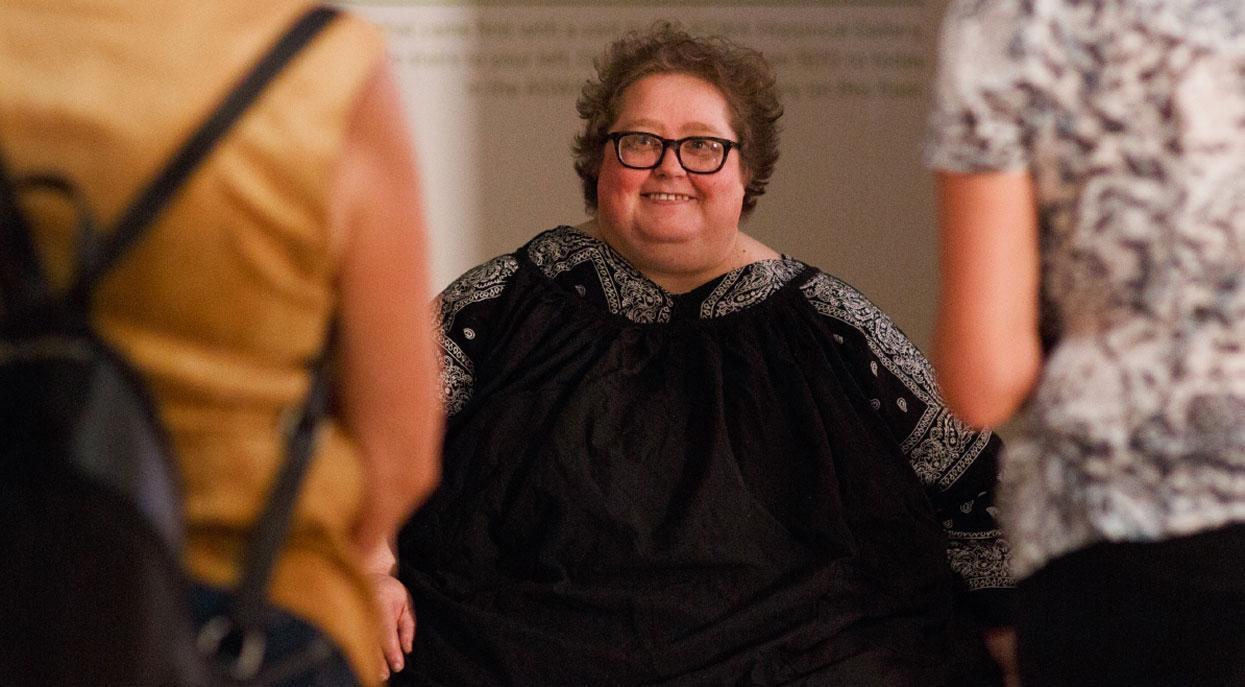 First Nation artist Julie Dowling is an activist, a visionary and an artist. Earlier this week we spoke to Julie about her current exhibition Babanyu – Friends for life showing at the Gallery as part of WA Now and what influences her work.

From the paintings shown in the exhibition, is there one in particular that resonates most with you and if so why?

I think at the moment it’s the portrait of my mother Ronnie Dowling: The neurotic. I remember the many stories she told me as I was painting it.

My mother was an artist but was stopped from pursuing a life as one because her family relied on her for financial support. She became a domestic servant from the age of 11 and finished schooling at 14. When my twin sister and I were born, she began her art again but kept it hidden from the world.

My mother is my friend and teacher. She was and still is very influential in the discipline side of my art making. She taught me how to see art as an extension of my own freedom, of it being part of myself and to talk about everything that surrounds me to the world. My Mum taught me to have a social conscience and eye for justice in all things.

Tell us about the Badimaya culture and how this influences your work?

Badimaya culture was always expressed in clandestine ways before the mid-1980s however it was following this period that my family and I began to openly express who we were and what we felt about our culture. The Badimaya culture was kept hidden however I was able to learn many things from my grandmother. I learned how to look after the land, its creatures and about how we are all connected to the land. I also learned a smattering of the Badimaya language from my Grandmother. She did not speak it often because she was taught that the language wasn’t legal to speak when she was growing up and feared we would be taken away if we spoke it in public also.

Since the 1980’s I’ve been involved with cultural renewal in my family and within many communities. Culture is an act of empowerment as much as it is a language of being.

Badimaya culture is also land specific as it relates to a place and an environment and without those two/three things acting in unison…language/place/cultural practice then it’s very difficult to see into the universe of knowledge & understanding that still exists here. Our country is north of Dalwalinu to the south, Mt. Gibson to the west, the eastern area of Lake Moore and the land north of Mt. Magnet 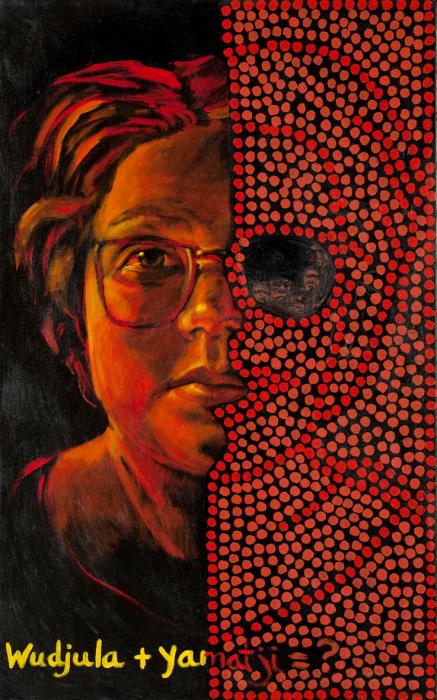 What do you hope people will take away from your exhibition and from the stories conveyed through your work?

I hope they see the paintings in terms of documenting a journey or me tracking through everything as a woman, a Badimaya cultural being, someone who is interested in cultural history, decolonisation, First Nation empowerment, ending racism, ending sexism, living my life as a twin and also as a fair-skinned First Nation person. There are many multi-layered contextual meanings in the work and each plays out more in some than in others.

The main objective at present is to end racism. Everything from the cognitive dissonance and white fragility that many white people feel about First Nation people to those that don’t know about how systemic racism can rob First Nation people of many things from land, language to identity. Racism impacts every human being in some way.

What are you working on these days and can you tell us a little bit about it?

I’m working on a great number of miniatures for an exhibition at Midland Junction that is about language and the land. I’ve been contributing to a science called ethnobotany which looks into (with First Nation scientists) how language and the understanding of plants/landscape/environment are all linked. Without an intrinsic interaction with the environment, ethnobotanists have found that humans get depression and a great number of mental disorders over generations.

These miniatures will be mapping the process of moving away from language and land and also the returning to it in the form of de-colonisation and using cultural renewal of my own Badimaya language. I hope it helps people to heal.

Julie Dowling’s free exhibition is showing at the Art Gallery of Western Australia until the 13 August 2018.