Help us bring a unique Indigenous voice to your Gallery.
Donate to acquire an important new work for the State Art Collection.

The Art Gallery of WA Foundation marks its 30th anniversary this year. Over those three decades of working with our members to build the Collection, we have always made sure not to neglect the moment in which we’re living. The leading edge will one day be seen as defining its era. In this anniversary year, we’ve identified an innovative Indigenous artist who is most definitely pushing the boundaries.

The hidden story of colonial Western Australia is dramatically unmasked in one of Pease’s most important works to date: Reaper. In epic scale, this highly original artist meticulously recreates a section of the 1834 panorama, then overlays it with the skeletal spectre of death.

With your help, we can mark this milestone year by adding Reaper – and a unique Indigenous voice – to your Collection.

Our curator on this vital acquisition.

The State Art Collection has a small but significant holding of work by Christopher Pease, and I am excited by the prospect of bringing this important work into the Collection. The paintings from the artist’s most recent series, Minang Boodjar, are highly prized, and Reaper is visually very striking, very poetic. It’s a good fit for the Collection, continuing our representation of a core group of Aboriginal Australian artists, including Sandra Hill, Gordon Bennett and Richard Bell, who challenge dominant Australian narratives and practices from both the past and present.

We are proud to house one of the most important holdings of Western Australian Aboriginal art anywhere in the world, thanks in large part to the support of Foundation members.
I urge you to support the 2019 appeal to acquire this work by Christopher Pease in the Foundation’s 30th anniversary year. You will be contributing to a powerful, rounded, inspiring artistic legacy for the future.

Please quote 2019 Appeal and your surname on the electronic transfer and provide your details by email to foundation@artgallery.wa.gov.au or by phoning the Foundation Office on
+61 8 9492 6761 so that we can acknowledge your donation.

Please call the Foundation Office on +61 8 9492 6761 and we can process your donation over the phone, or post out a donation form.

If you don’t wish to support this acquisition but still want to donate to the Art Gallery of Western Australia Foundation, please click here to make a gift to other areas of greatest need.

Christopher Pease is a Minang / Nyoongar man from South Western Australia, whose visual language is at once deeply embedded within the western history of figurative oil painting and traditional Indigenous storytelling. Western notions of home and land ownership and the consequent loss of Aboriginal culture are referenced throughout Pease’s vocabulary of visual metaphor. His paintings often comprise references to western culture superimposed over scenes of traditional Indigenous ways of living and interacting with nature. His recent works include cross-sections of native flora which have metamorphosed into repetitive motifs and regimented decorative pattern such as those used in contemporary wallpaper designs, through which he reveals the problematic relationship between contemporary notions of living and the loss of Aboriginal traditional land and culture. 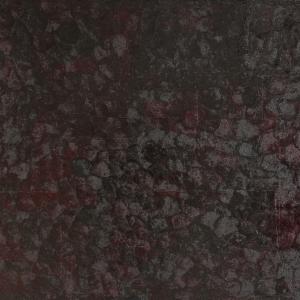 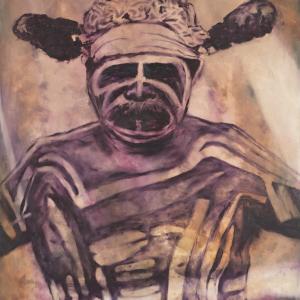 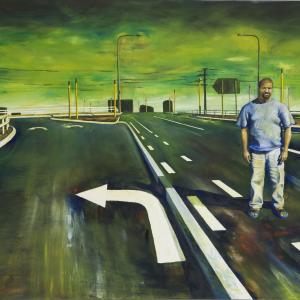 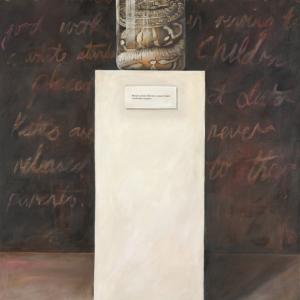 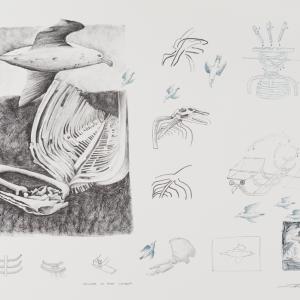 English explorer and draughtsman, Lieutenant Robert Dale (1810-1856), was a soldier of the 63rd Regiment, arriving at Swan River in Western Australia on board the HMS Sulphur in June 1829. He became acting assistant to Surveyor-General John Roe and was engaged to explore, map and document the interior around the south west cape. The culmination of Dale’s endeavour was a number of detailed drawings which were taken back to England and developed into a linear series of eight etchings with aquatint. Titled Panoramic View of King George's Sound, Part of the Colony of Swan River, the etchings were joined together and printed at a remarkable scale totalling three metres in length, becoming the most ambitious attempt to depict the Australian landscape in print-making during the first half of the nineteenth century.

Yet, shockingly, Dale was the same man who took Noongar leader Yagan’s severed head to London in 1833, where he gave it to Thomas Pettigrew, a surgeon with a penchant for antiquities and other scientific curiosities. Historical accounts reveal that Pettigrew hosted dinner parties where he displayed Yagan’s severed head in front of a copy of Panoramic View of King George's Sound and offered a copy of the print to guests as a souvenir.

Thank you to those who have already donated to the 2019 Appeal: