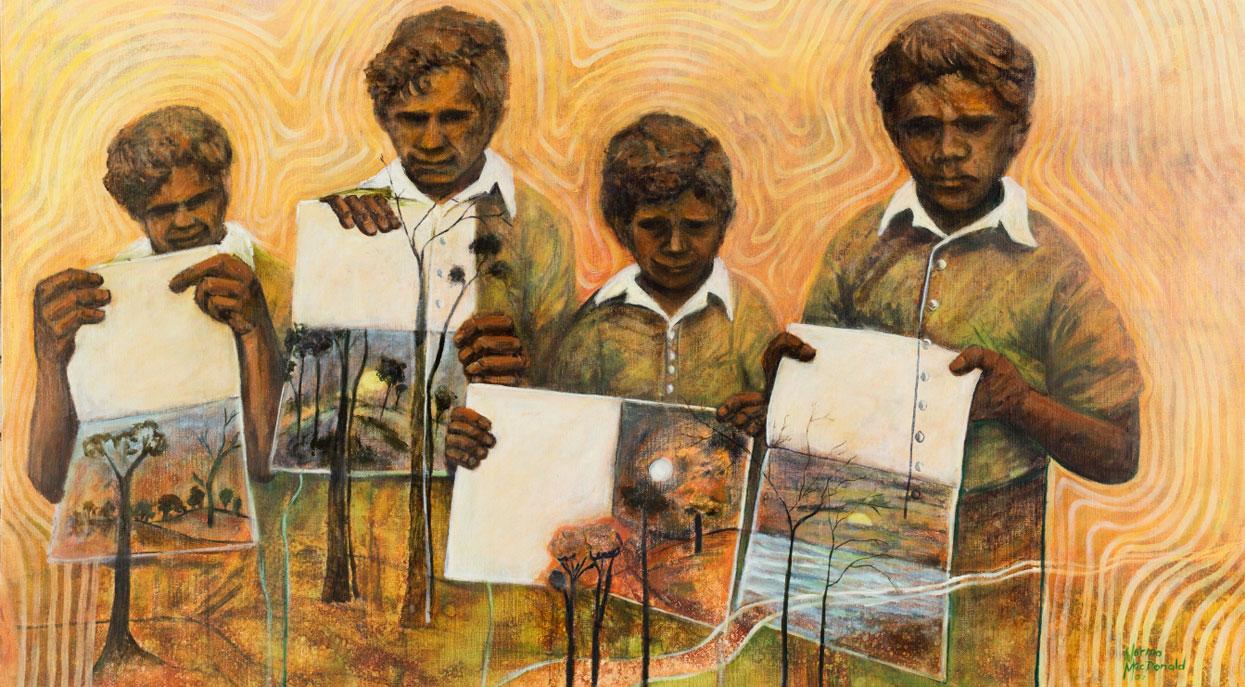 Today and always, we stand on the traditional land of the Whadjuk Noongar people.

The current Six Seasons exhibition Outside: Matters of the heart in Indigenous art explores among a number of subjects the history and experiences of being an outsider in white Australian society. Curated by Carly Lane, AGWA Curator of Aboriginal and Torres Strait Islander Art, it represents a space for multiple voices and shared narratives, where contested histories are confronted and cultural stories celebrated. At a time when the injustices of racism and inequality are magnified, this exhibition signals our commitment to ensure that all voices and stories are heard, and to stand up against racism in any form. As AGWA Director Colin Walker affirms, “we stand in solidarity with those fighting to end systemic racism and the violence that racism inflicts on the Black community.”

Below is a selection of works from the exhibition Outside: Matters of the heart in Indigenous art. 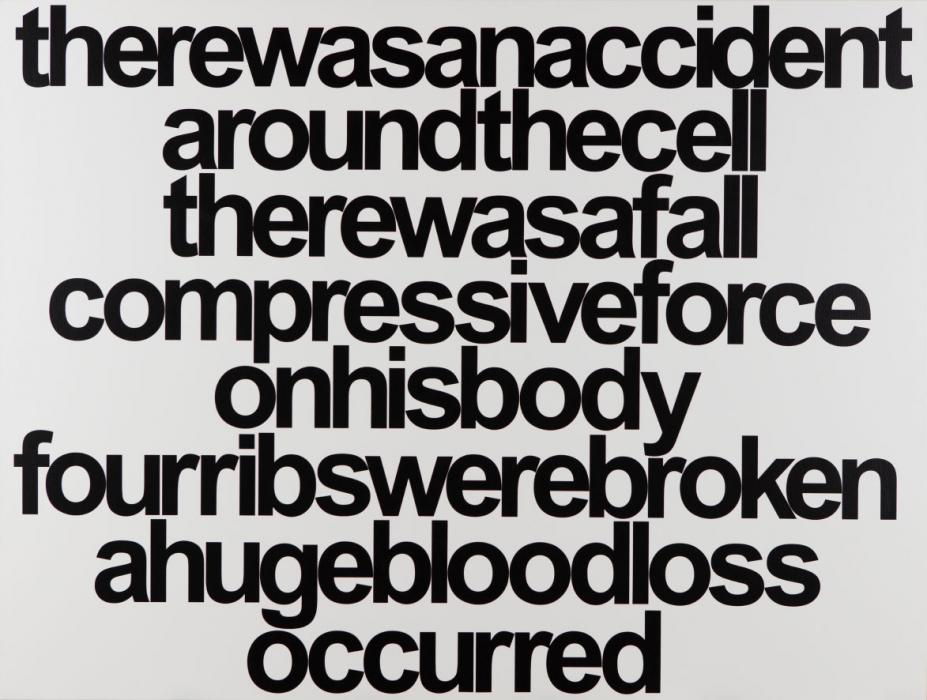 The words in therewasafall are taken from the Queensland Coroner’s report into the death of Cameron Doomadgee, who died in police custody on Palm Island in 2004. Doomadgee died one hour after being arrested for causing a public nuisance. On its release, the report was read out by the then-mayor of Palm Island to the local Aboriginal residents who gathered in the town square. Upon learning of these horrific injuries, Lex Wotton and others expressed their grief and anger. The police station, courthouse and home of the officer-in-charge were set on fire. Lex Wotton was convicted for inciting a riot and sentenced to seven years in prison. Sergeant Chris Hurley, the police officer charged with Doomadgee’s death, was found not guilty of manslaughter. 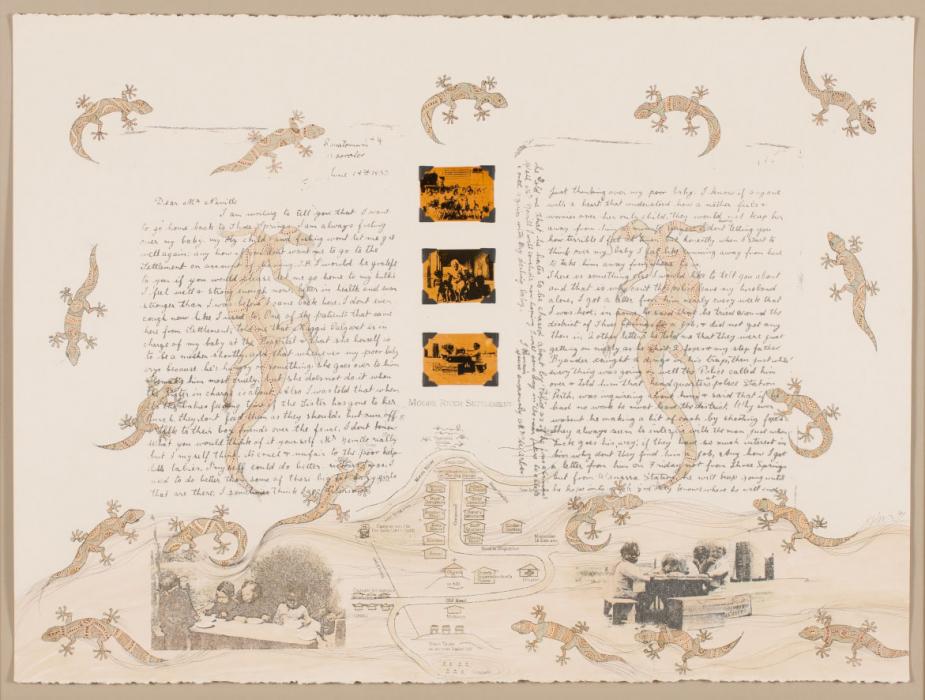 My work is a way of reclaiming my heritage, of telling my story and that of other Aboriginal people… At six years old I was taken from my family and fostered by a white family. Twenty-nine years later, I was reunited with my mother and father. The years I spent researching my family history, policies and legislation and my Aboriginal heritage have resulted in the artworks I create. The imagery relates to different elements of life as an Aboriginal person. It tells stories about identity, spirituality, shared grief, struggle and the profound sense of loss that has been experienced by many of my people.

“At Mogumber Mission the authorities separate the babies and children from their parents. Birthdays were seldom celebrated within the many missions and orphanages in Western Australia for First Nations children. I painted this picture to represent the possibility of a young child being given bread and butter pudding (at the very least) on her birthday. I imagined that she could have two of her friends with her to celebrate. The sad thing is that this story is true. Such a story was told by my Great Aunt Dorothy Nannup to my Nana. Birthdays are creations of another culture anyway. In our culture, a child is celebrated every day of its young life. They are never hit or spoken harshly to. They are surrounded by family and learn from older children and elders until they reach maturity. It is then that a ceremony marks the move from childhood to adulthood. It provides a clear transition. We also believe that elders and children are closer to the Dreaming.” 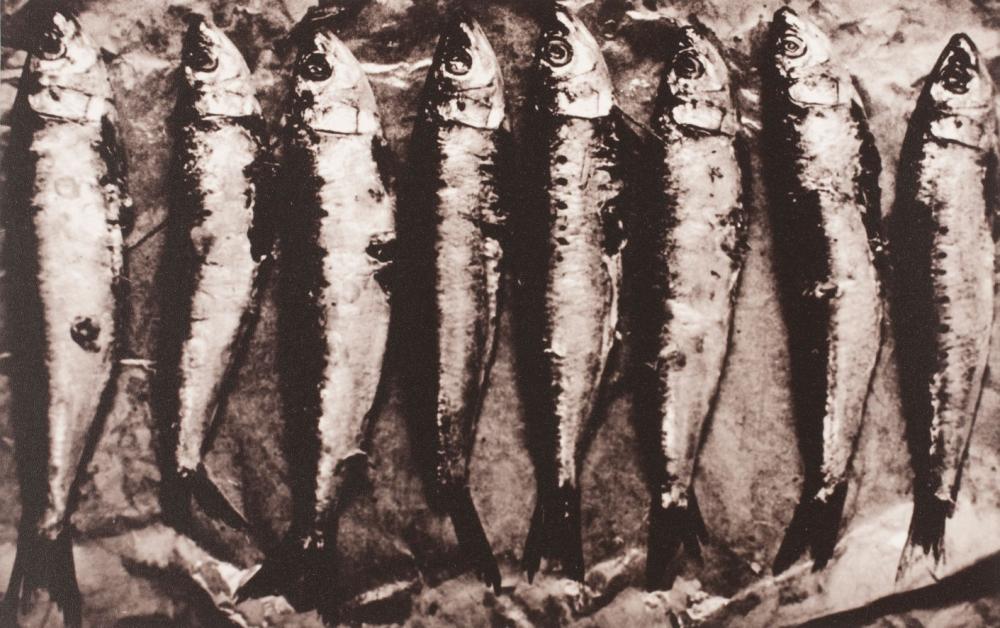 The Sacrifice series, really what I was exploring there was how Aboriginal people were put on to reserves and missions like in the 1940s and earlier and regimented and told not to speak language, not to act as culture and you would have different tribal groups thrown in together. Some of the images in Sacrifice, like with the spoons, that’s symbolic of addiction, like heroin addiction. The row of sardine, the fish, it’s like how on reserves people were lined up and regimented and everyone have their place and everything. 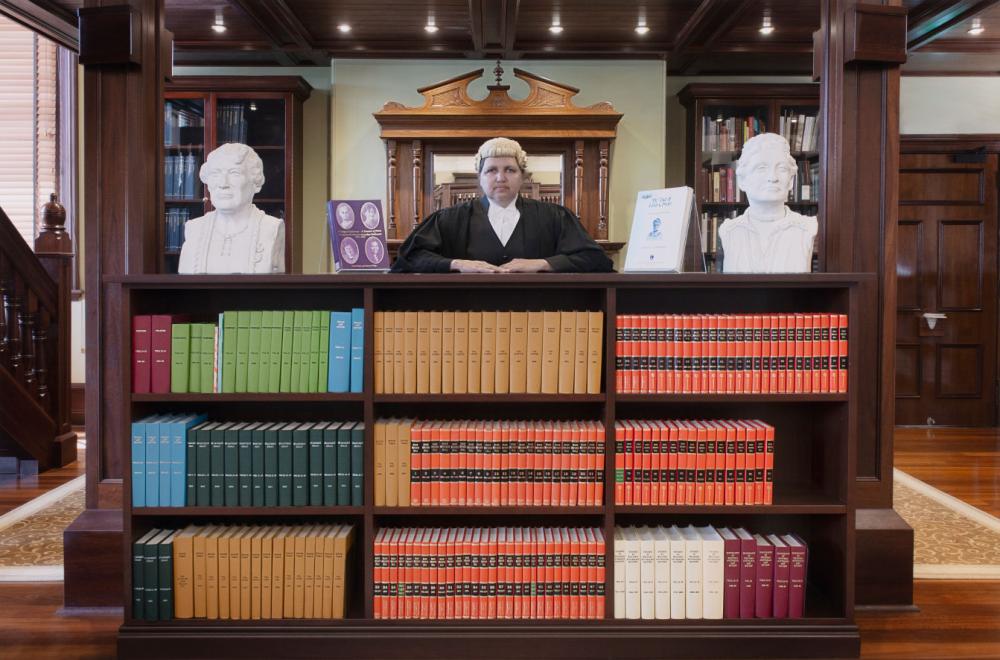 "As a Noongar artist invited to spend time in Parliament House I was taken on tours of the building, its many rooms, halls and artworks. I learnt about the many symbols and traditions that evoke how a culture creates a sense of grandeur befitting the gravitas of ‘founding a nation’ the historical ties with Britain, the solemn rituals required for power to make laws impacting us, every day. The height, the arches, the statues and the leather-bound books are crafted to induce awe, to speak of some divine right to possess and govern. I am not a tourist here on Noongar land.” 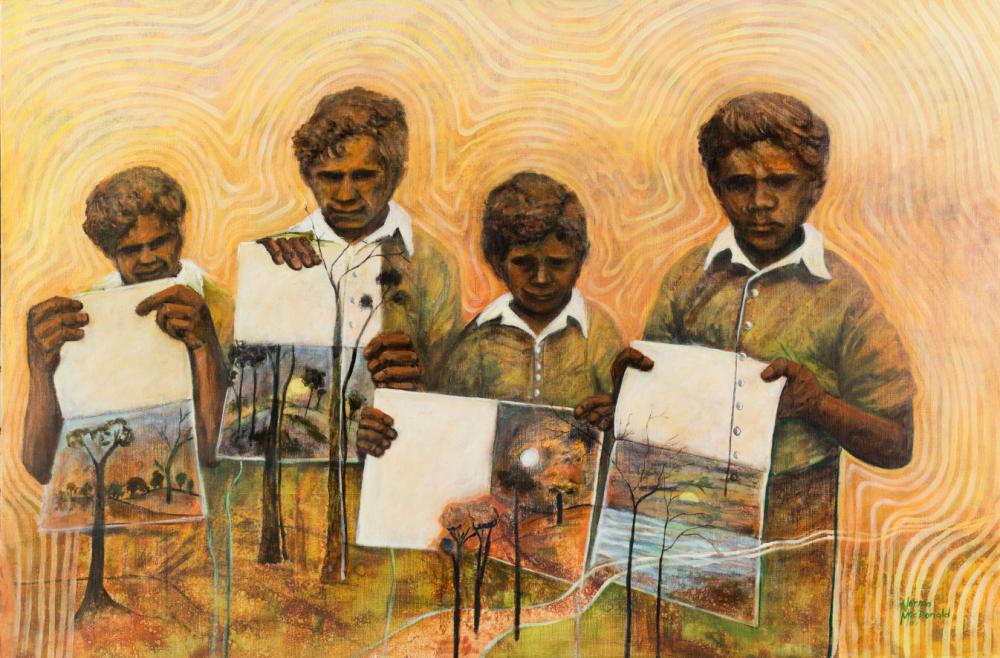 Four young boys at Carrolup Mission stand proudly with their landscape drawings of their traditional land in the Great Southern. Noongar / Yamitji artist Norma MacDonald merges and expands the landscapes depicted in each of the scrapbooks into the foreground of the painting, and perhaps more importantly, across the bodies of the four boys holding their art. Such a union speaks to the relationship and understanding each child has to their land – their boodja. The painting is a contemporary reflection upon an important time in Western Australian history and captures the origins of the Carrolup landscape tradition – founded by Noongar children, and its resurgence among contemporary Noongar artists today.

Outside: Matters of the heart in Indigenous art is currently on display in our Six Seasons gallery. Read more about this exhibition and access our online collection of Aboriginal and Torres Strait Islander art at artgallery.wa.gov.au/whats-on/exhibitions/six-seasons