Art vs. Science: A Discussion with Oron Catts | The Art Gallery of Western Australia
Kedela wer kalyakoorl ngalak Wadjak boodjak yaak.
Today and always, we stand on the traditional land of the Whadjuk Noongar people.

Art vs. Science: A Discussion with Oron Catts 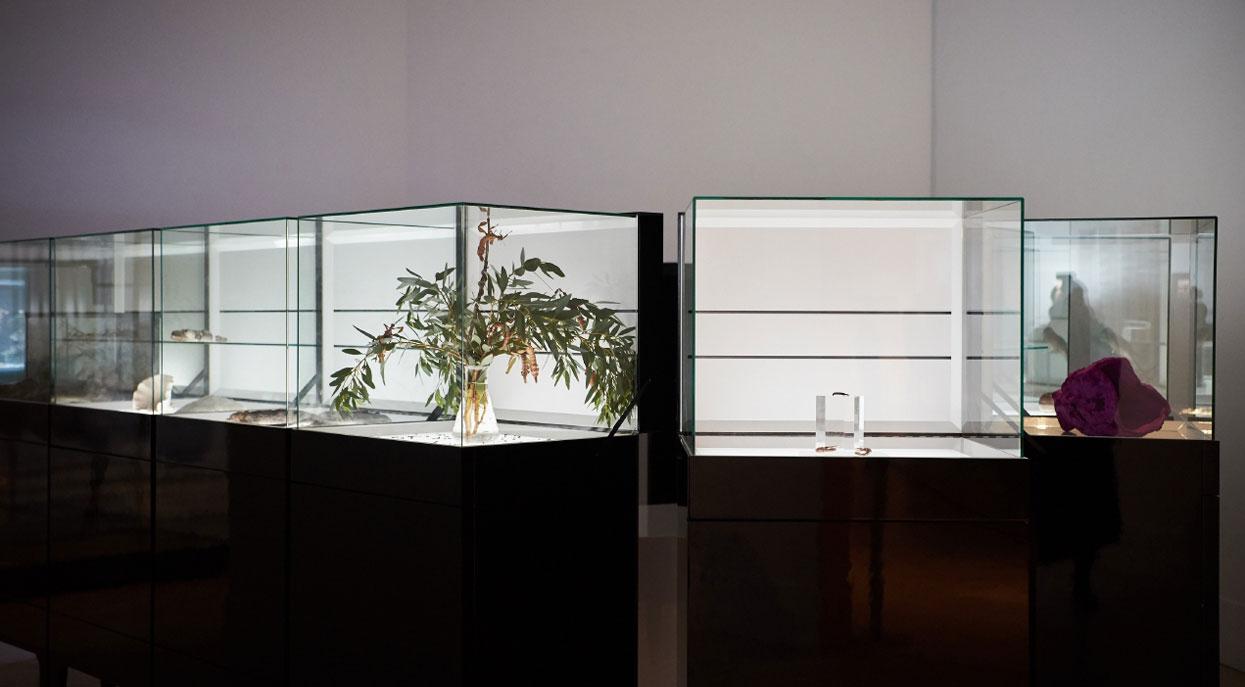 Walking into Biomess – The Tissue Culture and Art Project exhibition at AGWA is like stepping into a surreal combination of art exhibition, museum display and a scientific lab. Within well-polished David Jones-esque display cases sit an interesting array of living and dead organisms, including; live snails known for being hermaphrodites (having both male and female sex organs) in order to reproduce and the wing of a cross-bred Gallah and Corella.

Arising from 20 years of research at SymbioticA at UWA (a research lab and program that allows for artists to engage in biological scientific practices) Biomess is an accumulation of artists Oron Catts and Ionat Zurr's interest in the rise of biological technologies and its attempt to control life. Sitting within two opposing fields, Catts and Zurr have the opportunity to conduct research and produce work that challenges and questions our perceptions as a culture.

We recently spoke with Oron Catts and discussed the intersection between art and science, and where he feels Biomess fits.

What influenced you to start the SymbioticA initiative?

In the early 90’s I did my Product Design degree at Curtin University, and I was looking at the potential to start designing living biological products. I recognised then what is becoming extremely obvious now; that life is treated as a raw material. Biology is becoming an engineering pursuit and product designers will be called upon to design biological products. I found this prospect extremely problematic, to say the least.

So did you study science as well?

To put it bluntly, my interest is not so much in science but in how we, as humans relate to life and how life is really changing. For the last 20 years, I’ve seen enormous shifts around life from the Human Genome Project to areas like synthetic biology.

Do you think that there is a relationship between art and science?

Science is almost like the religion of our time. We use it to explain the world around us, but science and scientists don’t have the tools to make a cultural sense of it. As artists, it is our role to engage with the scientific field and use an artistic methodology to experiment in the ways science can’t.

If life is a raw material to be engineered and engineers, business people and scientists can make decisions on what is to be done to life, then artists should be there as well.

What is interesting about an artistic practice is that unlike scientists, who are very much expected to find an answer to a question, artists don’t have those expectations. We’re allowed to ask questions and there’s no need for us to come to a conclusion.

That’s why I decided to not continue on as a designer, because design is similar, they are looking for solutions.

A lot of the questions around science and art relationships, from my perspective, are addressed at SymbioticA. We are in a unique position where it is an artistic based research centre embedded in a scientific environment.

There’s an idea that when one becomes embedded in an institution one loses a sense of autonomy. We found that at SymbioticA, we have total autonomy to engage with subject matter without interference.

This show is unlike anything exhibited in AGWA before. Do you feel your work is often called into question?

Yes constantly. On many different levels, Biomess is about confusing people and questioning what an institution is. For example we’re working with the WA Museum and a lot of the works in the show are from the collection, but putting these organisms into those luxury display; ‘How does this change the audience readings?’ 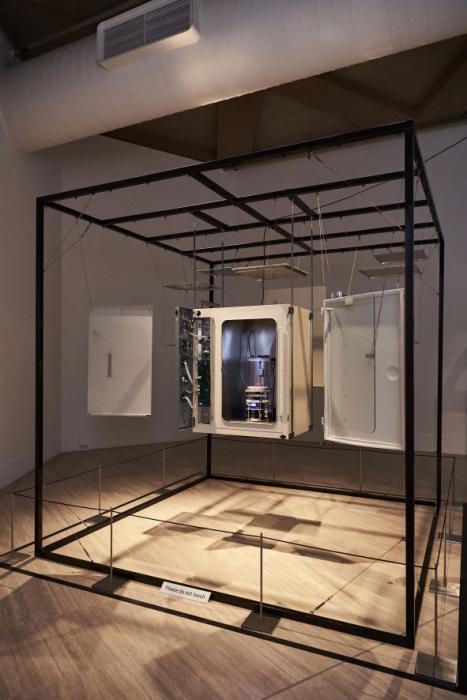 It’s important to make art that enables people to question their own idea of what art is. In your opinion, what makes something art?

Intentions. So the same objects can be seen as many different things, but also the canonisation of these objects within the structure of the gallery.

One of the things we realised quite early was the constant resistance to putting living organisms within the gallery space. Places like AGWA and the WA Museum are designed to conserve and maintain objects and organisms, thus many things in a museum are preserved.

So bringing something living into the museum or gallery, just by itself, it’s already an intervention that we take for granted.

So you’re interested in the clash between all the different ways life is classified, and how you can challenge this?

Yeah! By putting something that changes over time, that can die, that survives, this is part of the critique we have about the objectification of life.

I think the most important part of this work is that ‘I don’t know’. We’re supposed to know everything, especially in the 21st century and our continuous access to information, but really in relation to life, we know so little. I think that ‘I don’t know’ factor of the work is important.

I think that ‘I don’t know’ factor of the work is important.

Absolutely. The licence we have to engage with these sorts of questions is constantly being asked as well. That’s okay, we have to raise these complexities. That’s why we named this show Biomess, because this show is not about the clean, neat answers that everyone strives for. It’s about the messiness of life.

There are no clean neat answers, especially when it comes to life.

Join Oron Catts Saturday 20 October at 11.30am in the Biomess exhibition space.

In celebration of Unhallowed Arts Biomess will remain open on Friday 19 October until 8pm. Entry is free! Why not combine a visit to Biomess with a visit to PICA as they launch HyperPrometheus commemorating the 200th anniversary of the publishing of Mary Shelley’s Frankenstein, or the Modern Prometheus (1818).