The brutal in Brutalism: a city desert gallery | The Art Gallery of Western Australia
Kedela wer kalyakoorl ngalak Wadjak boodjak yaak.
Today and always, we stand on the traditional land of the Whadjuk Noongar people.

The brutal in Brutalism: a city desert gallery 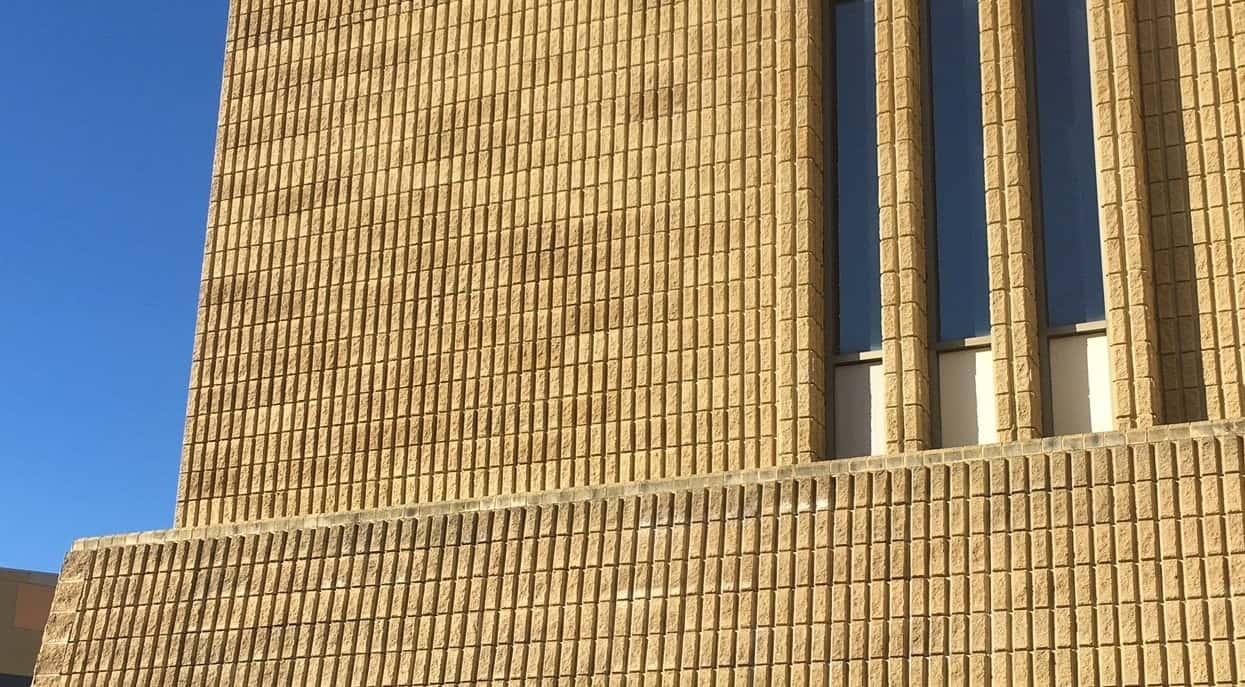 For decades, and with an almost unnerving focus, the Gallery staff and Board researched, planned and lobbied for a new building. While professional generations made awkward best of the damp and cramped Beaufort/James Street spaces they shared - variously, with the Museum and Library from 1895 - they rightfully never accepted their conditions as adequate for the collecting and display of art. They were suffered as the embodiment of a glum and shadowy world away from the modern spaces they desired, and the modern world they wanted to be a part of. The opening of the current building on 2 October 1979 by Premier Charles Court was, therefore, a truly profound institutional milestone; a coming of age, an entering-into the present moment.

Following Court’s speech, guests at the daytime event were treated to a Miss Maud’s buffet lunch, traveling exhibitions (including a solo by Op artist Bridget Riley), new collection displays and, of course, the Gallery itself. Designed by Public Works Department architect Charles Sierakowski, it was fashioned around ensuring the right ecosystem to properly make accessible the arts of the State and the world: state-of-the-art security, lighting, storage and air-conditioning systems, as well as facilities such as workshops, education studios, a spacious elevator and loading bay. These stitched into a form considered to be a fine example of late modern Brutalist architecture: thereby including references to the overt materiality and use of raw concrete made infamous by buildings such as London’s Barbican Estate (1968-1978). 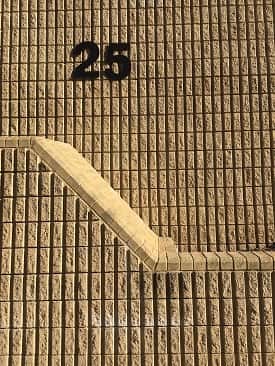 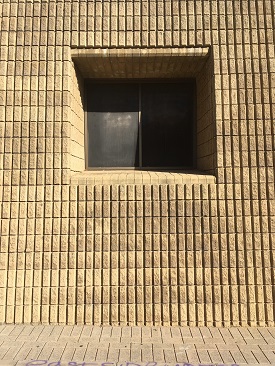 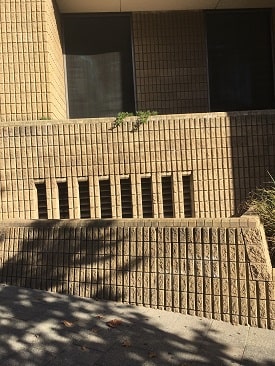 However, channelling the long-time institutional dreaming of lightness and openness (most especially sought after by Frank Norton, Gallery Director from 1958-1976), the Gallery has a delicacy and fineness in its balanced use of space, materials and colour palette, that feels almost impossibly reserved when compared to its more blatantly hulking counterparts. Indeed, the sense of openness is key to its concept: windows connect out to the immediate surrounds and a central void area, visually supported by a ribboned concrete staircase, sweeps the eye up to geometrically-filtered heavens.  While clearly looming and notoriously fortress-like from some angles, such elements mean it is a cool, even chic, form of Brutal; indeed, it is one that extends our conception of the mode, as it holds the language intact while distinguishing itself from local variants such as the East Perth Train Station (1976), the architecture building at Curtin University (1968-1969), and the Hale School Memorial Hall (1961). 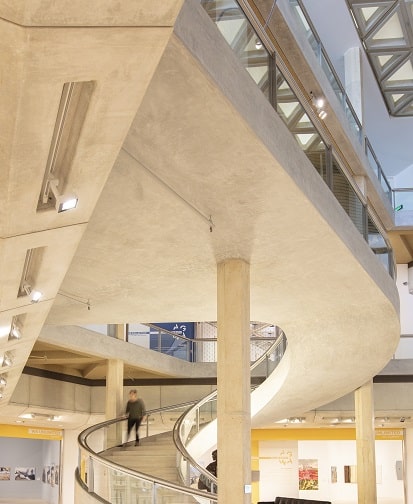 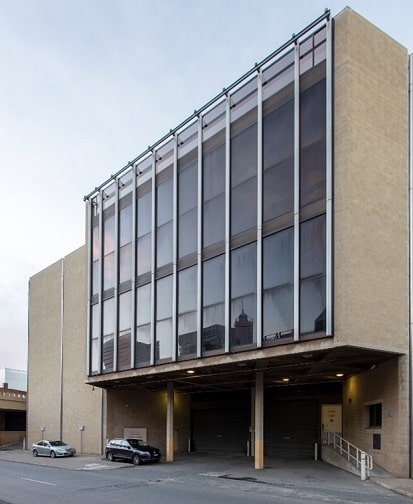 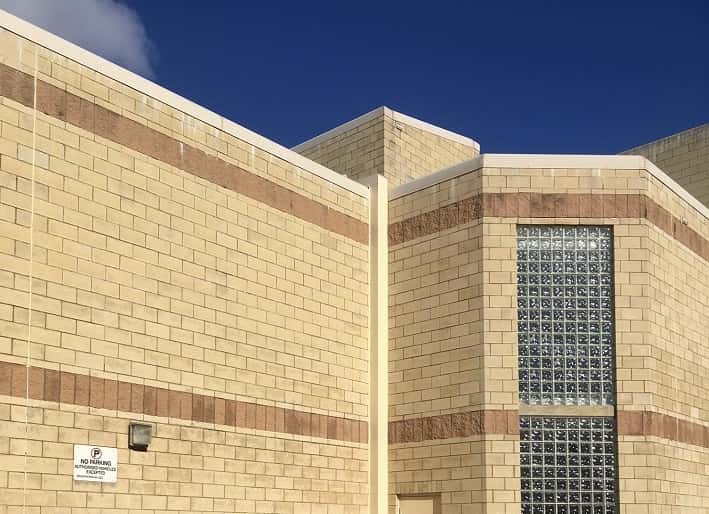 The building, however, is heavy in other (path)ways…specifically, in the desert-toned planes of the exterior that create a pungent European-derived type of blankness…that is continued in the sand-coloured paving of the Cultural Centre…and that extend outwards, the blockwork turning up not only in the TAFE buildings nearby (also designed by Sierakowski) but in the electrical hubs, the stairwells, car parking on Wellington Street, the small building housing union offices on Beaufort Street.

The Gallery apparently stands at the beginning of a material contagion akin to that in JG Ballard’s novel The Crystal World (1966), an accumulative accretion that “freezes time and life”, that in this instance generates a civic grammar from beige geometric covering, one that is even picked up in the much more recent Yagan Square. The otherwise elegant poise of this building is, from this perspective, part of an extensively denuding colonial flattening that voids the swamps and swampy lands that, while drained, remained and remain present in submerged form as they pulse out to Claisebrook.

These photos make the point, and perhaps doubly so given they were taken during the COVID 19 lockdown; the general air of desertion amplifies the desert feeling, heightening the reductive aesthetic that pitches human against sky with nothing between.

These phone photos make the point, and perhaps doubly so given they were taken during the COVID 19 lockdown; the general air of desertion amplifies the desert feeling, heightening the reductive aesthetic that pitches human against sky with nothing between. Mere grim substances, both. And in this, there is something of Jean-Paul Sartre’s 1938 novel Nausea about it all…the narrator Roquentin confronted by the matter of matter, it all being too much because absurdly illogical…as for us these strange beige outcrops…patches and rivers of city-desert-over-waterways.

Yet it is simultaneously all too logical. 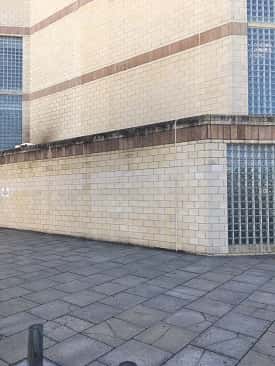 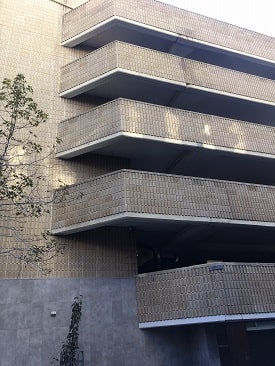 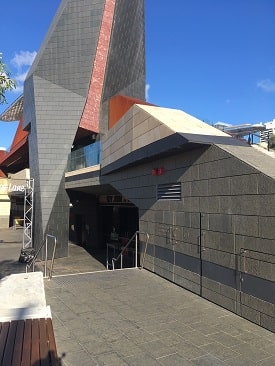 The damp ground where the Gallery sits now was always a town planning problem, it needed to be settled. The newly imposed dry desert over it therefore metaphorically twins with the institution’s push for dry and open space, a pairing that could not help but be forcefully tinged with the logic of colonialism as the substance of the solution took metaphorical, ideological and actual shape.

To regard this is not to undermine the subtle beauty of the building and the spirited and wonderfully good-willed tenacity of all involved in bringing it to life, but instead to acknowledge the unintended formation of (literal and figurative) pathways of power it sits within. It helps us recognise (or see again) the intertwined nature of the material, the cultural and the political realms, not just here but elsewhere too. Art, including its very material make-up, is always political…as this building makes brutally clear.