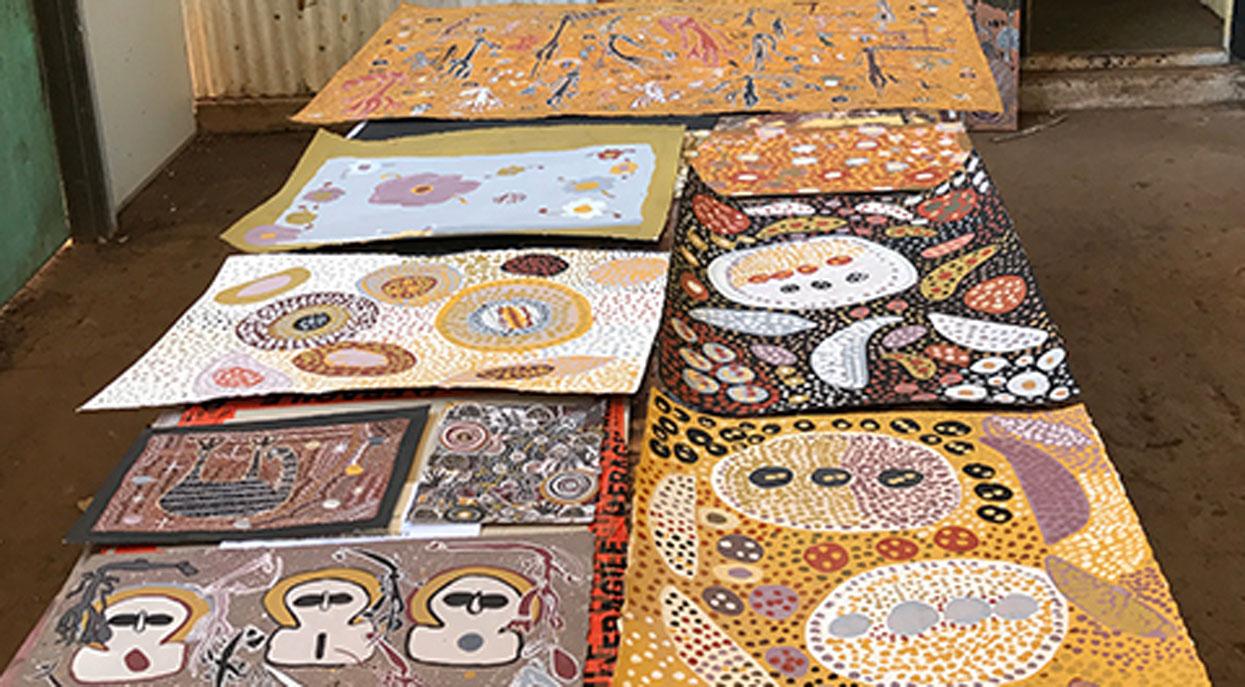 Artworks by artists from Kira Kiro Art Centre. Courtesy of the artist.

Of the several million tourists who visit Australia each year, many will leave with what they assume is an authentic souvenir of Aboriginal Australian culture, whether a simple fridge magnet or T-shirt; or hand-crafted didgeridoos and painted boomerangs. Yet in many cases, what they ultimately take home with them is more likely to be an artefact that has been mass produced in China or Indonesia which currently supply up to 80% of so-called Aboriginal art products vended in Australia.

It goes without saying that the enterprise has a far-reaching impact on Aboriginal and Torres Strait Islander artists and craftspeople, co-opting a highly profitable market that should be theirs to lead and misappropriating cultural and intellectual property.

In economic terms, it is difficult to compete with these counterfeit articles, manufactured from inferior, non-traditional materials and sold at bargain prices. Many of the products bear only a passing resemblance to authentic works and patently misrepresent First Nations cultures, leaving consumers with little to gain from the trade either.

The proliferation of fake art can in part be explained by the fact that this apparently multi-million-dollar market is still free to operate without breaching Australian consumer law. Recent attempts to establish legislation which would protect the cultural and intellectual property of Aboriginal people have gained some traction, but as of 2019 have not reached a conclusion.

In the meantime, certain other frameworks have been established which, whilst not legally defensible, have introduced a greater degree of regulation and transparency to the Indigenous visual arts sector. For example the Indigenous Art Code, developed with a number of national agencies, artists, art centres and galleries in 2010, lays out a code of conduct for artists and dealers operating in the sector. Entered into on a voluntary basis, the Code nonetheless provides consumers and retailers with clear information about products’ origin and licensing. Consumers are encouraged to look for the Indigenous Art Code’s logo, which indicates that standards of fair and ethical trade have been adhered to throughout production. The Art Gallery of Western Australia shop is one retailer that stocks a high number of Aboriginal Art products and as a member of the Code, ensures all stock is ethically sourced.

Using the Desert River Sea: Portraits of the Kimberley exhibition as an example, here we have sourced our Aboriginal products on the participating art centres and artists to provide their artworks. 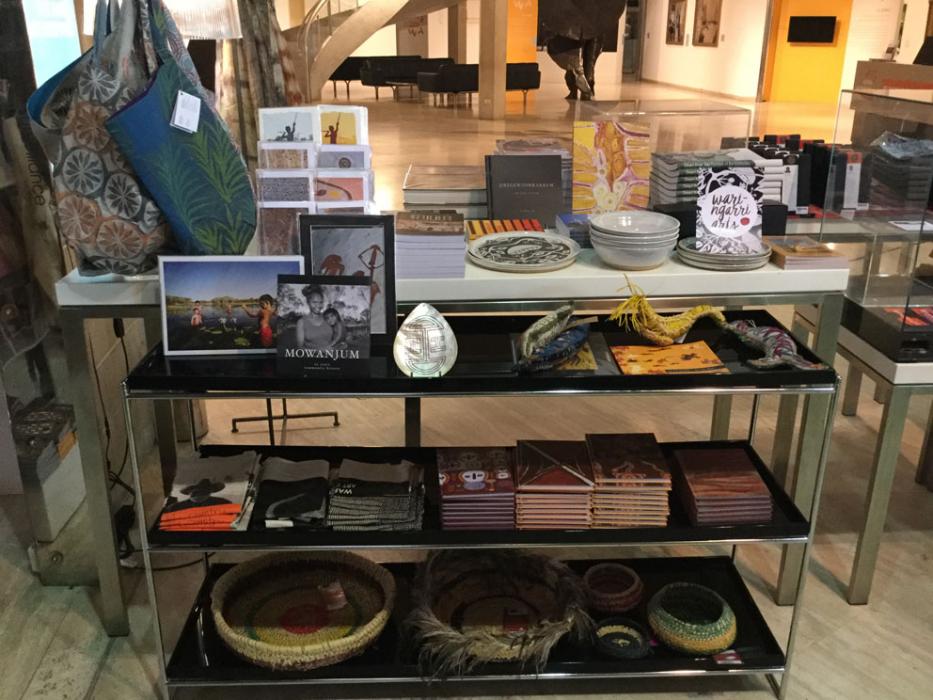 In the absence of comprehensive legal changes that would prevent the trade of inauthentic and unlicensed products, growing awareness of the realities of Indigenous art trade have at least allowed many consumers to make more informed choices. As this gradually reaches wider audiences, there is hope that the artists and craftspeople at the heart of this rich visual culture can finally get a better deal for their work.

Things to ask a retailer when buying: