Meet the judges of Black Swan Prize for Portraiture 2018 | The Art Gallery of Western Australia
Kedela wer kalyakoorl ngalak Wadjak boodjak yaak.
Today and always, we stand on the traditional land of the Whadjuk Noongar people.

Meet the judges of Black Swan Prize for Portraiture 2018 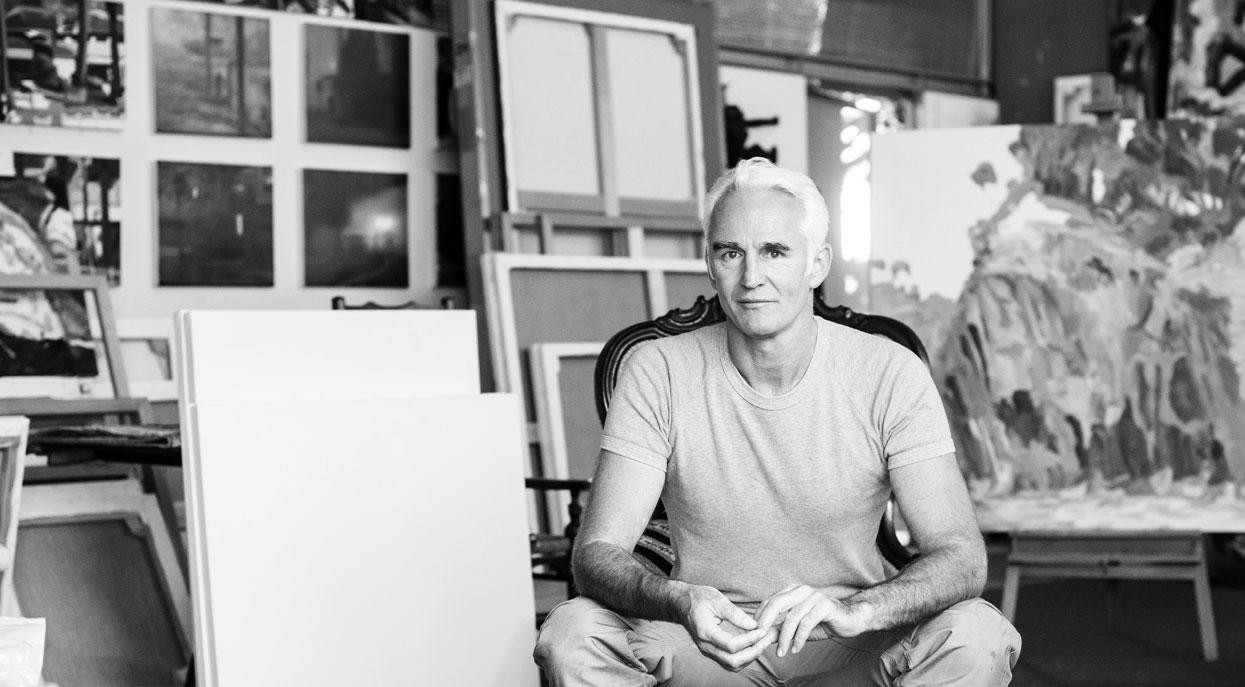 Mark your calendar for October 27 as we celebrate our third year of exhibiting the finalists selected for the prestigious Black Swan Prize for Portraiture.

The Black Swan Prize for Portraiture (BSPP) is an art award that proudly supports some of Australia’s most talented portraiture artists. This year’s 40 selected finalists are in the running for $70,000 worth of prizes—including the main $50,000 Lester Group Prize, $10,000 Toni Fini Foundation Artist Prize, the $7,500 Baldock Family People’s Choice Award and two Highly Commended $500 gift vouchers from Oxlades Art Supplies.

Works selected showcase a sense of authenticity and intimacy with the subject, and representation of self. With many amazing portraiture pieces to choose from we decided to catch up with this year’s judges Mathew Lyn, renowned artist and fifteen-times finalist of the Archibald Prize, Joanna Gilmour, Curator of the National Portrait Gallery in Canberra, and the Director of AGWA Dr Stefano Carboni, on what they are looking for when it comes to selecting the winning piece. 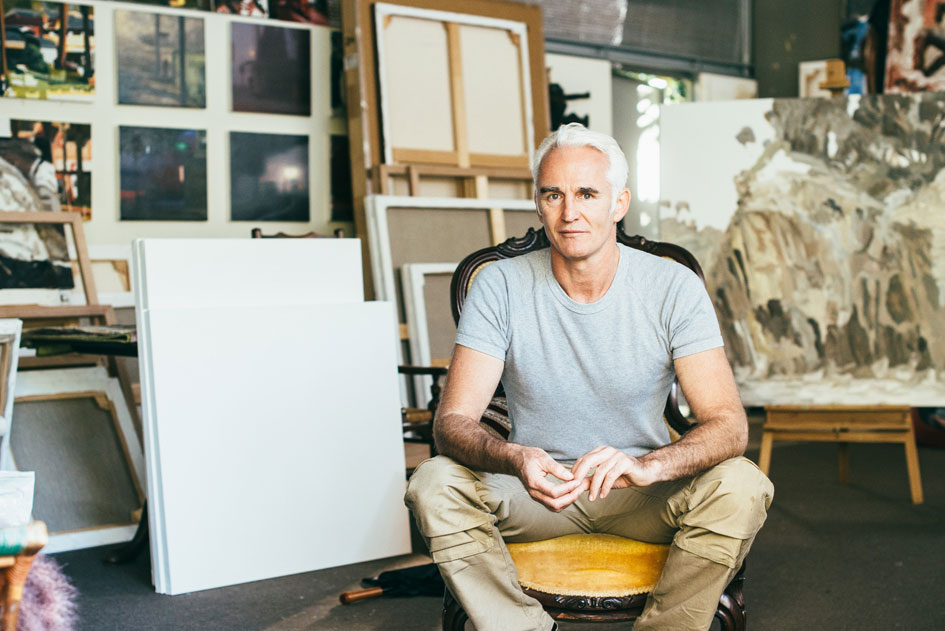 As a judge of the BSPP 2018, what elements and characteristics of portraiture should emerging artists think about when creating a work for selection?

Contrary to what people might think, my appreciation and analysis of portraiture is not ‘realism-centric’ at all. Rules can be true except when they’re not! So I stay completely open, favouring no hierarchy of approaches or subjects for that matter. For me (as an artist and viewer) everything gets back to the authenticity of experience and intent, and simply whether a work has a convincing reason to exist.

I look for original intuitive insight and the articulation of a deep and mysterious personal vision of another person, and that can arrive in any way at all. I look at the success (or not) or transference and translation of that vision with materials. I look and ‘listen’ for the many levels and messages within a work, especially the ones that run counter to the artist’s conscious intent (although I am not against ‘idea’). In this sense, it is primarily important to simply be yourself, as we can never really control our work or what is actually says to viewers anyway.

Does the story behind the portrait play an important role when judging a work?

I’m not at all interested in fixed ‘ideas’ or a descriptive narrative about someone. A person, while definitely out there in the world, is ultimately a work of our imaginations, and therefore there are infinite possible versions of a subject, at least as many as there are people in the world. The great ‘shock’ of the presence of another person in the deepest sense reminds us, even disturbs us regarding the actual fluid and elusive nature of our own selves. So yes, to the extent that it’s nice to know, or may confirm something we arrived at intuitively, but not in that it is only the very surface of a mysterious experience!

Lyn’s portraits can be found in major institutions, including the National Portrait Gallery in Canberra and Government House in Sydney. He is also a registered artist for the Historic Memorials Committee on the Australia Council for the Arts. Since 2014 he has been an Artist Trustee for the Kedumba Trust and the Kedumba Collection of Australian Drawings. 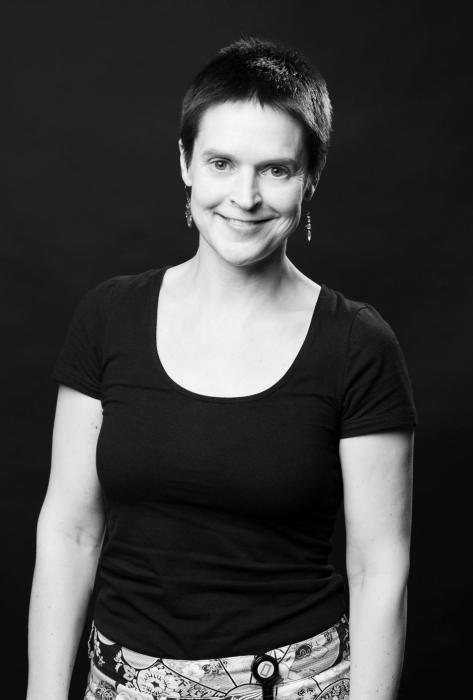 As the curator of the National Portrait Gallery, what do you think are the most exciting and challenging aspects of your role?

One of the beauties of the National Portrait Gallery is that it is quite distinct from other art museums, and our collection-building and interpretive approach is one which incorporates a number of disciplines and perspectives—biography and social history in particular, as well as art history and visual analysis. Much like an archaeologist can draw a broader, richer historical picture from the characteristics of seemingly mundane or simple object, we create an understanding of the characteristics of a portrait (materials, style, date and place of making) and help convey the story of the person represented in it. As an NPG curator, I am constantly challenged and stimulated to use the collection in such a way that Australian history is conveyed in all its nuances and complexity.

When selecting a finalist for a portraiture prize, what is the most important quality it should have?

My main rule of thumb when selecting a finalist for a portraiture prize—or when considering a portrait for the collection, for that matter—is to look for the quality or strength of the connection between the artist and the sitter. The most successful portraits, I think, are generally those wherein the sense of the transaction between the artist and his or her subject is most palpable: a palpable effort on the part of the artist to reveal something of the sitter, and on the part of the sitter to reveal something of themselves.

Does the story behind the portrait play an important role when judging a work?

Most certainly it does, especially in the case of historical portraits, which is my personal area of interest and expertise.

What is your favourite portrait in the National Portrait Gallery and why?

Just as the NPG is a hybrid institution, I am a hybrid curator—and having a background in Australian colonial history I am always most drawn to the colonial-era works in the collection. It is hard to pin down just one favourite, but having been doing a lot of research about the 1850s recently I am going to say that my favourite work in the collection at present is Charles Henry Theodore Costantini’s George and Jemima Billet and family (c.1852). The combination of artist, sitters and the work itself makes it incredibly rich as an artefact, and by teasing out the stories contained within this seemingly ephemeral and supposedly naïve little work one gleans so much more than it’s possible to learn from a grander, more technically accomplished portrait. But then again maybe it’s Edmund Edgar’s Portrait of Richard Fitzgerald (c.1838), or Maria Caroline Brownrigg’s An Evening at Yarra Cottage, Port Stephens (1857) or even William Buelow Gould’s Mr John Eason (1838) – all for exactly the same reasons!

As the curator of the National Portrait Gallery in Canberra, Joanna Gilmour has substantial experience with works of portraiture. She has previously judged for the National Photographic Portraiture Prize in both 2010 and 2017.

Her exhibitions and publications for the NPG include Husbands & Wives (2010); Indecent Exposure: Annette Kellerman (2011); Elegance in Exile: portrait drawings from colonial Australia (2012); Sideshow Alley: infamy, the macabre & the portrait (2015); the online exhibition Jo’s Mo Show (2011); and the upcoming Carte-o-mania! (2018). 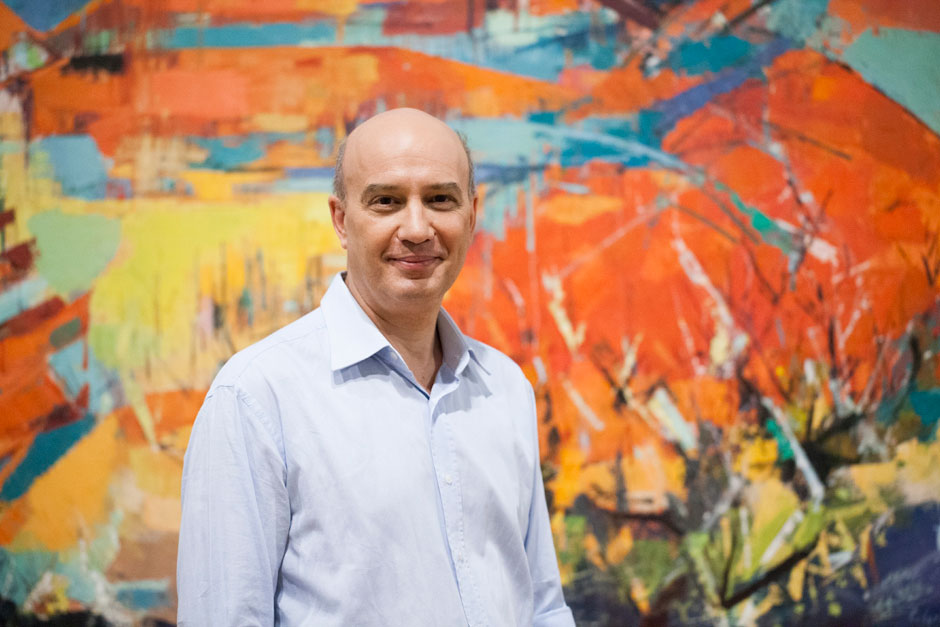 Dr Stefano Carboni is the Director of the Art Gallery of Western Australia and has been working there for over a decade. His previous experience includes Curator and Administrator in the Department of Islamic Art at New York’s Metropolitan Museum of Art from 1992 to 2008 and Visiting Professor at the Bard Graduate Center in New York. He is also Adjunct Professor at the University of Western Australia.

What makes a portrait stand out to you? As a judge for the BSPP, what characteristics and elements of portraiture are you looking for?

When you judge a number of works at the same time, what you look for are a number of different things: the technique, the quality of the technique, the presentation of the work and the composition. But this is not enough to decide which one is the best. It’s those works that really talk to you, that speak to you and have some kind of emotional impact that are the ones you naturally gravitate to. So I think it’s a combination of the technical skills, the artistic skills and the artists’ ability to convey an emotion that really helps you focus on the last two or three works that end up being your favourites.

Judging is also a team effort. The way I usually prefer to judge is that we initially go our own way, take notes and come up with a shortlist of each judge’s favourite work. Then we sit down and hopefully there will be some overlap so the discussion can be concentrated on those works that each judge likes. It’s really about standing in front of a work together and looking at why it is collectively a favourite.

Does the story behind the portrait play an important role when judging the work?

Absolutely! There is an artist statement that explains a little bit about the background of the portrait and it’s important that the judge reads that statement. It’s the connection the painter has with the sitter, and I think it creates a stronger emotional impact if you personally know the sitter and know a little bit about his or her story.

Is there a particular style of portraiture that you prefer?

No, but I think that I’m attracted to new ways people deal with portraiture. While certainly, I appreciate the more traditional way of applying pigment or making lines, I remember last year there were a couple of portraits that were unrelated to the actual physical person or likeness of the person but they were very strong.

The Black Swan Prize for Portraiture opens the 27 October 2018 at AGWA.