In conversation with artist, filmmaker and designer Tee Ken Ng 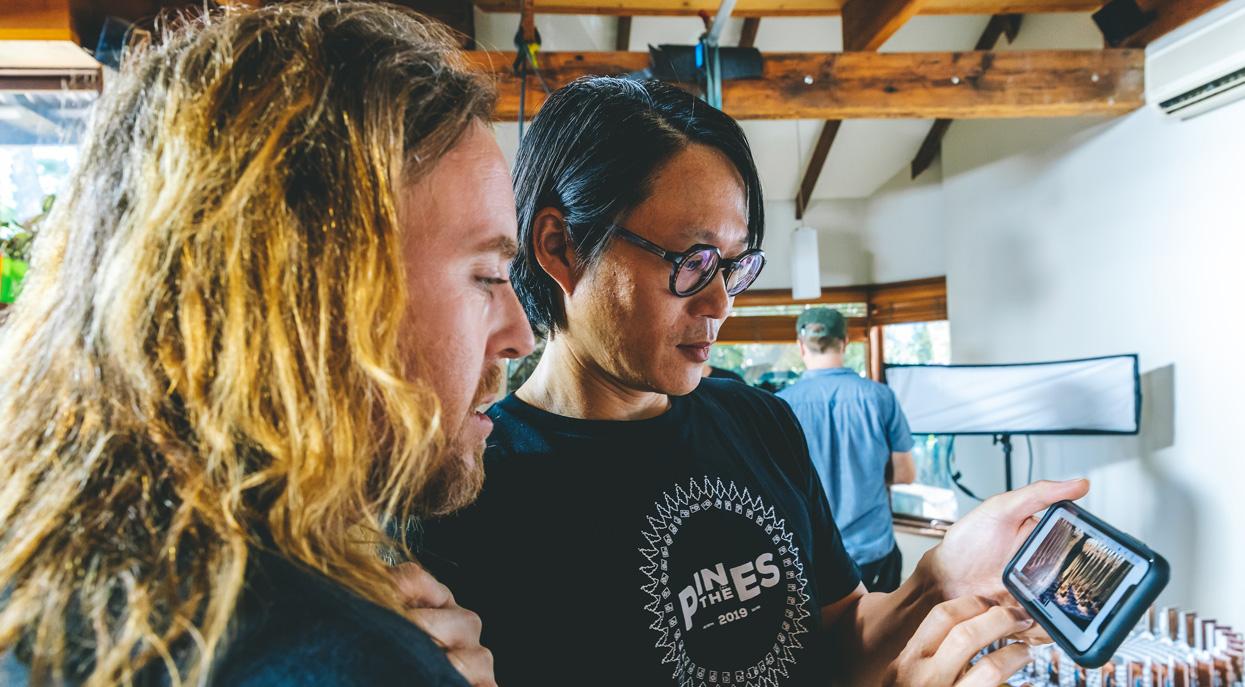 Zoetropes have been around since the 1800s and have been used to create some fantastic animations by the likes of Studio Ghibli and Pixar for example. When did you start experimenting with zoetropes, and why?

I hadn't actually made a zoetrope prior to Leaving LA. As an animator, I was always fascinated by them because you could see exactly how they worked and yet it was like magic when they spun to life. When Tim Minchin approached me to make the music video, I had been creating animated designs to go on vinyl records that would animate when spun and viewed through a camera. I'd gotten into this form of animation in 2018 due to a video I'd made for Eristoff Vodka, who are involved in hosting Boiler Room events that stream live dance music sessions. I thought it'd be cool to create an animation on a DJ slip mat and film it for the video. To my surprise, the video blew up, and I was inundated by people wanting to know how they could get the slip mat. I also started getting commissions from musicians and record labels wanting their own custom-designed vinyl. As I was getting known for this animation method, I pitched the idea to Tim of using zoetropes which is a cylindrical variation of the technique. The spinning zoetropes created an animated world for Tim to be trapped in (like a rat on a wheel) and eventually escape from.

Tell us a bit about your journey as an animator. What were the challenges you faced in the industry, being based in Perth - one of the most isolated cities in the world? Is there anything that you would do differently?

I stumbled into animation in 2013 when I was creating videos on the now-defunct social video app called Vine. The app was owned by Twitter and allowed you to upload short videos up to six seconds long, which had to be shot within the app. To record, you simply held your finger on the screen. The extremely basic interface meant you had to get super creative to make something engaging. Many creators like myself soon worked out you could make stop-motion animations with the app by quickly tapping the screen to capture frame by frame. Posting my work on Vine was my first foray into social media, and I quickly connected with many like-minded creators all over the world, many of which I still keep in contact with. I don't think it really mattered that I was in Perth; if anything, I think it helped differentiate me. Back then, I was probably only one of two creators in Australia known for creating social content with stop-motion. 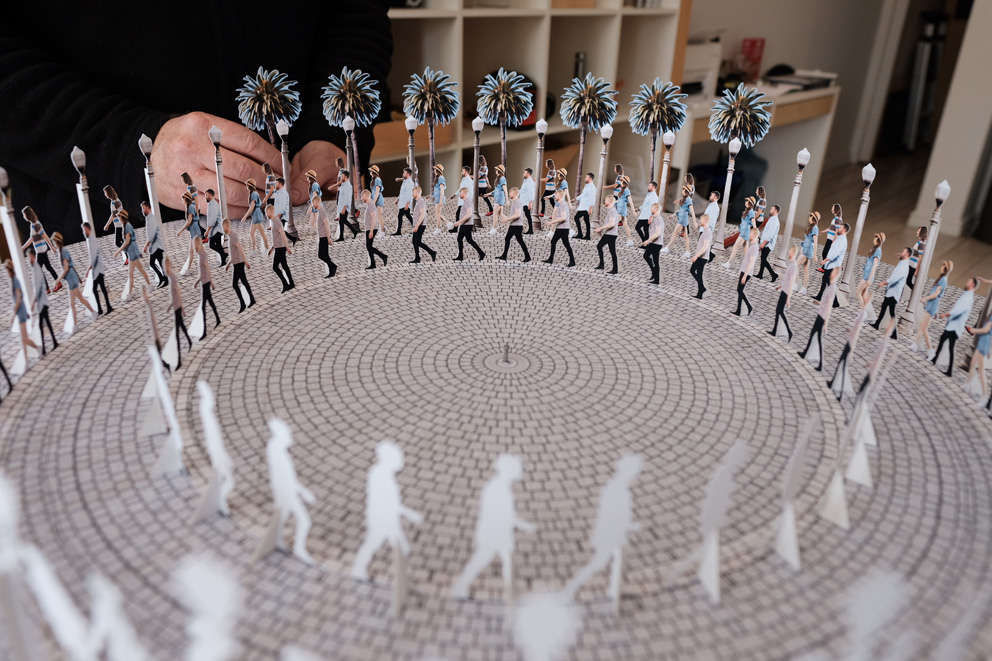 You've worked on quite a few projects with some of the world's most well-known brands and artists. Was there a particular project that stood out for you the most, and if so, why?

Many stand out for very different reasons. From having an animation I created for Twitter tweeted from Mars by the Curiosity Rover to being flown to a surprise ware-house party by Netflix.

And of course, Leaving LA has been the most epic journey where I got to film in LA and Sydney, exhibit at AGWA as part of the Perth Festival and rekindle my childhood friendship with Tim.

Who would be your dream artist/company to work with, and why?

Company-wise, up until last year, I would have said Apple. Incredibly I got to work with them three times in the past 12 months. The iPhone is such an incredible filmmaking tool; working with something that people carry around in their pocket perfectly fits with my DIY ethos to making videos.

What advice would you give to those who are looking at mapping out a career in animation?

I'm largely self-taught and don't really feel part of an industry, I have no idea how you'd go about getting a job with a studio, so I'm probably not the best person to give animation career advice. General creative advice, follow your curiosity, make stuff for yourself that you want to see and put it out there because chances are someone else would want to see it too. Agencies are always on the lookout for new and interesting creators on social apps like Instagram and Tik Tok, and fortunately, they aren't necessarily looking for content with the most likes or views. If you can develop your own style by making things you love, you'll have a better chance of standing out. 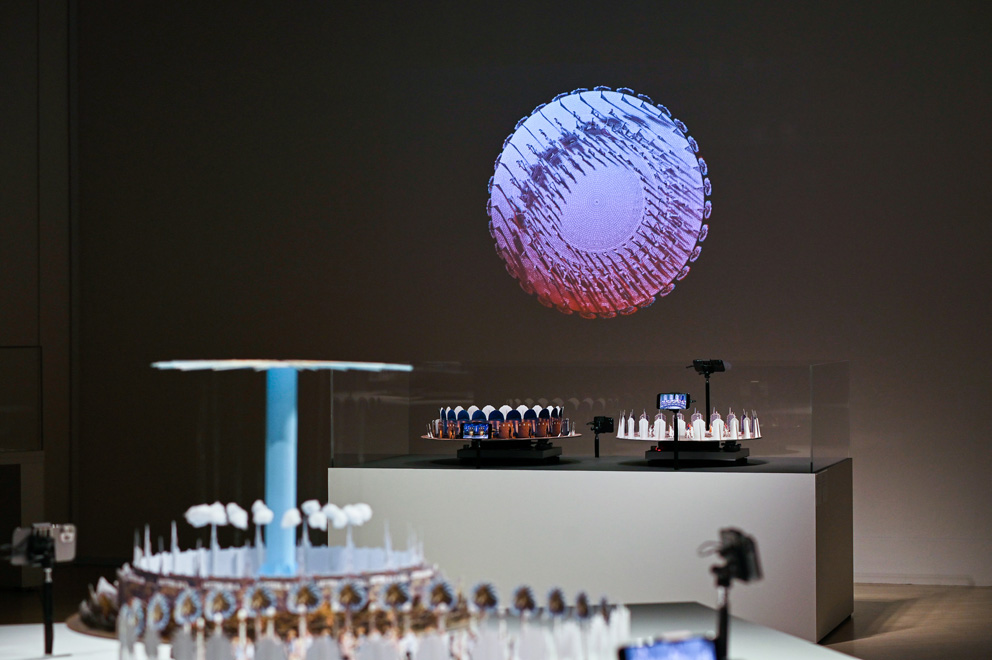 You are an artist who isn't afraid of pushing boundaries when it comes to art. Is there anything that you are currently experimenting with or is on your bucket list?

In my latest music video, I managed to strike two things off my bucket list. I've been inspired to do a one-take video since watching the movie '1917'. We did it by mounting a GoPro to a Lego train, another idea that I've wanted to try. The music video should be released in the next few weeks, so keep an eye out for it!

This is the first time you've had a solo exhibition at the Gallery. How has the experience been for you so far and what do you hope audiences will experience when they come to see the exhibition?

I have exhibited before as part of group shows. Leaving LA is the first large-scale exhibition of my work. I always thought it would be amazing to have a work in AGWA, but doing an entire exhibition was not something I had even imagined possible; it is quite surreal to me.

I hope audiences are primarily entertained and immersed in the animation, the zoetropes, and Tim's song. For me, it never gets old watching the animations spin to life; it's like being a child again; if visitors come away with that feeling, I'd be happy.