That Seventies Feeling…the Late Modern showcases some of the Gallery’s best works from the decade that saw the opening of AGWA’s much longed-for new Gallery.

Rather than echoing the various high key transformations going on in the pop world at large, these works deal with how space is dealt with in relation to the body, how artists work with the flip between memory and immediate experience and how politics and performance are traversed. In many senses, they are also reflective meditations on what is artistically possible when the turnover of “isms” that characterised the early decades modernism has slowed down and artists are innovating in more subtle and less overt ways.

This show demonstrates a hidden richness and complexity to how we think of the seventies, while also reflecting the building’s own place in the story of modernism, as a regional example of a late Brutalism that itself foregrounds materiality and the experience of place, light and landscape.

Full of surprises and rarely seen works, That Seventies Feeling…the Late Modern examines a transformative decade for Western Australia, the Gallery and the world at large.

(some online stories require a subscription)

The sounds from That Seventies Feeling...the Late Modern

Van Halen is for Dick Watkins, but so is Sylvester.
Black Flag speaks to a few.
The Soft Machine and Fripp speak to Cuppaidge and McKay,
While Welch speaks to Elvis obviously…but so does Warren Zevon.
Patti Smith is for Jenny Watson.
Hong Kong Garden and Here in Heaven is for Sydney Ball.
Dead Kennedys is for John Nixon.

Listen to the sounds of That Seventies…the Late Modern curated to match the works on display. A floating, sometimes ironic soundscape that matches and parries with the colours, tones, gestures, spaces and feels of the artworks in the exhibition.  Ambient, smooth, some fretless bass, a few jagged edges, the occasional downpour of sonic joy, a lot of soaring keys and vocals, a gentle, misty longing for people or places…the end of an era and the start of a new overlapping in a strange but familiar kind of harmony. 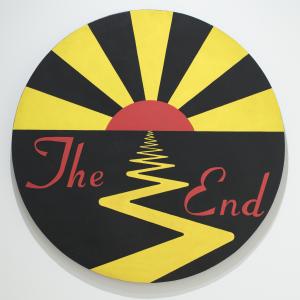 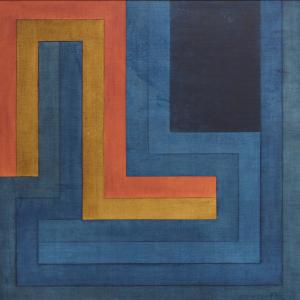 2019 marks and celebrates the 40th year anniversary of the main Gallery building as AGWA presents a series of exhibitions and special events looking at the building: the exhibit Perth Brutal: Dreaming in Concrete, plus talks, performances and a symposium presented with Curtin University’s School of Design and the Built Environment. The art of the 1970s in WA will also be revisited in the exhibition That Seventies Feeling...the Late Modern.