AGWA celebrates free-thinkers, boundary-pushers and ground-breakers in the second half of 2018 through three contrasting exhibitions – Rebels, Radicals and Pathfinders.

AGWA focusses on the Australian iconic rebel Ned Kelly as immortalised in Sidney Nolan’s celebrated series of 26 works from the 1940s. This must see series is on short-term loan from the National Gallery of Australia. The show offers a rare opportunity to view this renowned sequence depicting the story of the fabled bush outlaw Kelly, demonstrating Nolan’s characteristic bold and expressive sense of landscape and vivid storytelling.

From 1946-47, Nolan developed an original and starkly simplified image of Ned Kelly, which quickly became a national symbol—part of the shared iconography of Australia. The NGA acquired its first Ned Kelly work from the series in 1972, Death of Sergeant Kennedy at Stringybark Creek 1946. In 1977, Sunday Reed donated to the NGA 25 of the 27 paintings from Nolan’s first exhibited Kelly series. Together, these 26 paintings provide a masterclass on Australian art history and the development of a new figuration and landscape painting in Australian art, with enamel-like surfaces on board.

Rebels, Radicals and Pathfinders
10am-5pm, 2 July – 21 September
Calling all risk-takers, change-makers, disrupters and visionaries! Visit the Imagination Room during opening hours and create an imaginative mask to reveal your wildest, bravest, most radical self. Bring Ned Kelly’s adventures to life through children’s labels and guided tours of the Sidney Nolan series.

Ned Kelly Guided Tours
11am-12pm, Wednesdays
1-2pm, Fridays & Saturdays
Bring your whole family in during the school holidays and explore the Ned Kelly series from a fresh perspective with a Gallery Guide. Join a tour of the acclaimed Sidney Nolan Ned Kelly series to find out about the rebel in our Rebels, Radicals and Pathfinders series of exhibitions.

11am, Wednesdays and 1pm, Fridays & Saturdays

Meet Me In The Members Lounge | Ned Kelly

A lecture about a rebel or two
Re-imagining history: launch of AGWA’s Historical Collection 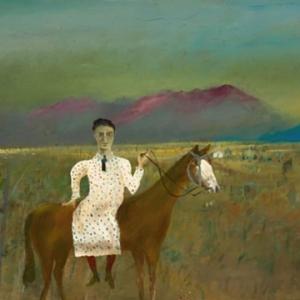 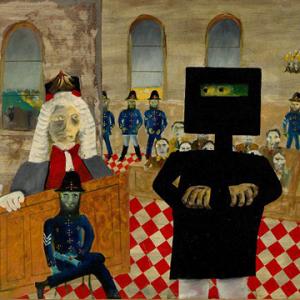 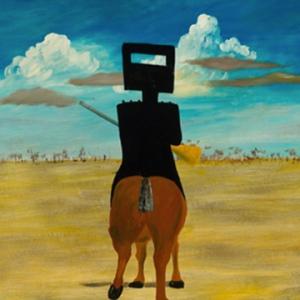 This project has been assisted by the Australian Government's Visions of Australia program and by the National Collecting Institutions Touring and Outreach Program.

The National Gallery of Australia is an Australian Government Agency.