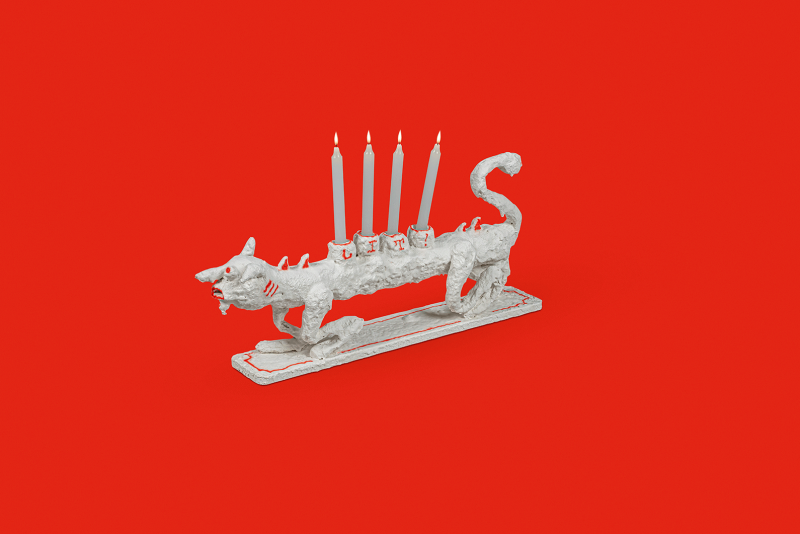 Yeahnahnesia is an exhibition presenting cultural artefacts from the remote island of Yeahnahnesia thanks to the fantastic escapades of Yok & Sheryo.

Fuelled by their adventurous spirits, this artist couple have travelled extensively, shaping their world view through diverse cultural experiences and personal encounters. Leaving their creative mark from New York to New Delhi, and many places in between, Yok & Sheryo were brought to Yeahnahnesia while seeking an escape from the busy cities of the world.

Yok & Sheryo chanced upon the island and quickly embraced the world view of its locals, which is simultaneously animated and laid-back while being layered with meaning. A place where visitors can escape their real-world responsibilities, Yeahnahnesia is both fantastic and familiar. Rich in emblems that resonate with both Yok & Sheryo, they were entrusted by the island’s cultural custodians to share some never-before-shown artefacts for Western Australians to experience.

Near the edge of the jungle, Yok & Sheryo found the semi-abandoned Heatstroke Hotel where they met a local Elder who took them on a tour of the island. The pair expressed their affinity for the animistic culture of Yeahnahnesia. This prompted the Elder to ask Yok & Sheryo to share artefacts from the island with the world, spreading the philosophy of tops surf, double-pluggers, good beers, no fear, and devotion to peace, love and relaxation with a laidback party vibe.

For more information on the artists please visit yokandsheryo.com.

Yeahnahnesia: The imaginary world of artists Yok and Sheryo

On a recent tropical getaway, Yok & Sheryo were out looking for surf when distant clouds parted revealing a volcanic peak on the horizon. The ocean current shifted and a perfect swell carried the carefree pair to the pristine shores of Yeahnahnesia. Peeling back the large tropical foliage, Yok & Sheryo left their real-world responsibilities behind and stepped into an enchanted realm rich in culture and folklore. As though the island divined their love of surfing and drew them in, Yok & Sheryo’s search for the perfect wave brought them to a haven of temples and totems layered with fantastic and familiar icons. 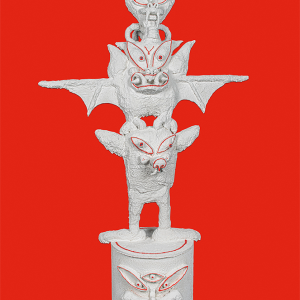 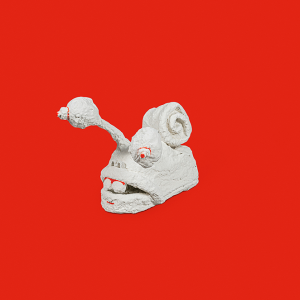 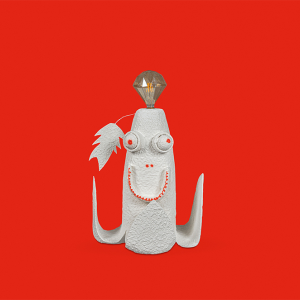 Yeahnahnesia is part of an art project; an extension of Yok & Sheryo‘s imaginary world, a top-secret mysterious tropical island in the middle of the Indian Ocean with amazing views and killer surf, with its own language, religion, culture, flora and fauna. Tales of mythology, strange beings and creatures roam this lush tropical landscape. A unique blend of cultural syncretism is brought to life visually into a cacophony of irreverent, riotous mixed-media paintings, murals and sculptures.

Yok & Sheryo are an artist couple based between New York, Australia and Asia. Sheryo grew up in Singapore and began her acclaimed mural practice in 2005. One of the first female painters involved in the street art and graffiti scene in Singapore, in 2013 Jeffrey Deitch included her work alongside other OG female painters like lady pink, faith47, miss van in a show at Wynwood Walls, Miami. Yok is originally from Perth; being fuelled by isolation Yok had to make his own fun, and get creative to entertain himself. This helped form his passion for creating new worlds in which he could escape. The two artists have created together since 2011 and have earned a unique place in the international art world.

Fed by their curious natures and extensive travel, their playfully hybrid, freewheeling work has appeared on walls and in galleries around the globe, as well as in collaboration with companies such as Google, Nike, Adidas, Vans, Converse, Hypebeast, and Billionaire Boys Club.

Soaking up influences and ideas as they move, their works collapse traditional forms and contemporary modes of art, craft and design to populate a fictional tropical land called “Yeahnahnesia”, a place filled with its own eccentric Gods, myths, shrines, temples and creatures.