Yoshitomo Nara: Reach Out to The Moon, Even If We Can't | The Art Gallery of Western Australia
Kedela wer kalyakoorl ngalak Wadjak boodjak yaak.
Today and always, we stand on the traditional land of the Whadjuk Noongar people.

Yoshitomo Nara: Reach Out to The Moon, Even If We Can't 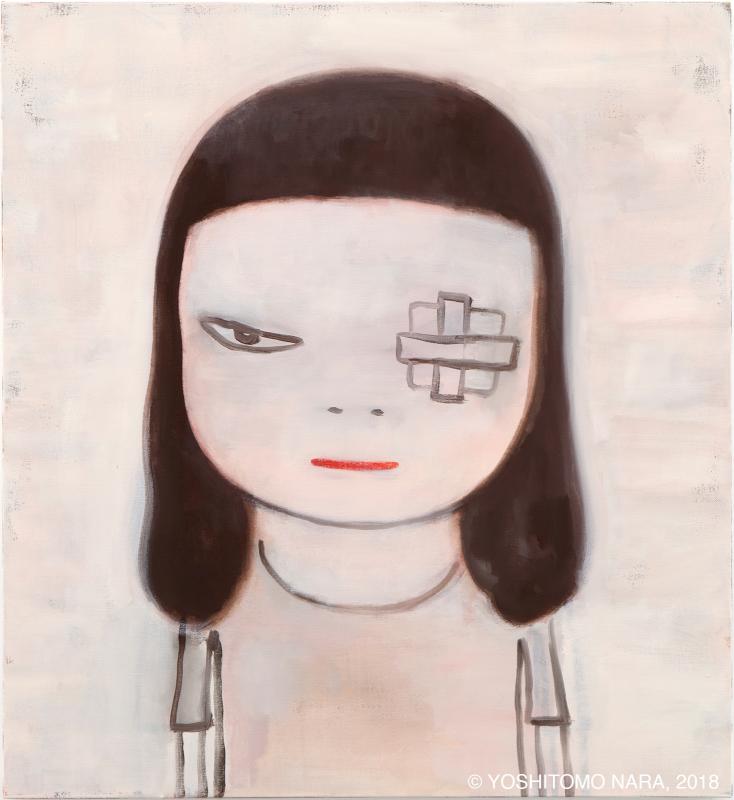 Yoshitomo Nara: Reach Out to The Moon, Even If We Can't

Opening on 26 February 2023, the exhibition Yoshitomo Nara: Reach Out to The Moon, Even If We Can't brings together major sculptural works alongside paintings, drawings, ceramics, and photography from world-renowned artist Yoshitomo Nara.

Nara rose to international prominence in the 1990s for his exquisitely rendered, instantly recognisable portraits of alternately sweet and vicious big-headed figures and melancholic figurative sculptures. His work in all mediums is the result of his innovative distillation of an enormous array of references and inspirations. These include memories of growing up in rural Northern Japan amidst the lingering presence of World War II, political events of the 1960s and 1970s, the sound and graphics of pop, rock and folk music, literature, art from Japan’s Edo and modern period, as well as the new expressionism he encountered while studying and living in Germany in the late 1980s and 1990s. All of which, and more, is finely honed into work that is both intimate and worldly, full of rebellious protest and powerful poise.

Spanning works from 2011-2022, Yoshitomo Nara: Reach Out to The Moon, Even If We Can't covers a time in which Nara has been processing the devastating impact of the Fukushima disaster of 11 March 2011, which saw his hometown region hit by the combined effects of an earthquake, tsunami and nuclear reactor breakdown. In the face of this, Nara found himself unable to make art. He found his way back to his practice through his body as he started making clay sculptures that physically engaged him. From this intuitive process came a renewed focus on three-dimensional forms that then expanded in scale and stretched across other mediums. Taking the guise of (mostly) human heads, the resulting works grew to be a deep and prolonged meditation on the interconnected vulnerability of all life on this planet. Equally, each work is inflected with a kind of cautious optimism that has, in fact, been central to Nara’s work since the 1980s, as he consistently honours the power of individual expression and imagination, especially in the darkest of times.

Dramatically presented in AGWA's largest gallery space, the sculptural works will form a series of interrelated islands that span a range of feeling states. Individually and collectively, they demonstrate Nara's unsurpassed ability to convey emotional nuance with clarity and moving intensity. The feeling of these works is echoed by surrounding drawings, paintings and ceramics in Nara's distinctive style, such as Girl with eyepatch and Peace in Your Heart. Some show the development of specific sculptural works, while others, like Love or Nuclear, connect to the anti-nuclear theme he has engaged with for decades now.

Yoshitomo Nara was born in 1959, in Hirosaki, Aomori prefecture, in Japan’s north. In 1988, after completing a BFA and an MFA at Aichi Prefectural University of Fine Arts and Music, Nara moved to Germany where he studied under A.R. Penck at the Kunstakademie, Düsseldorf. He continued to reside in Germany following his graduation and returned to Japan in 2000. Nara held his first solo exhibition in 1984 and since that time has risen to be one of the world’s most respected and popular visual artists.

His work has been on the covers of records by bands such as Shonen Knife, REM, The Star Club, The Birdy Num Nums and many more, and the covers of books by writers such as Banana Yoshimoto, Hijo Tanaka and Riichi Nakaba. In December 2022, Nara released his second collaboration with fashion designer Stella McCartney. 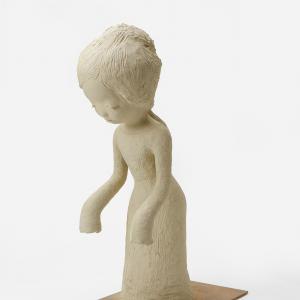 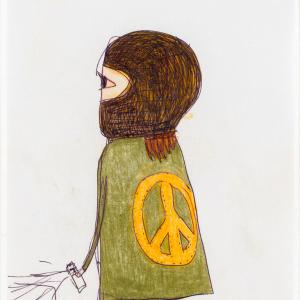 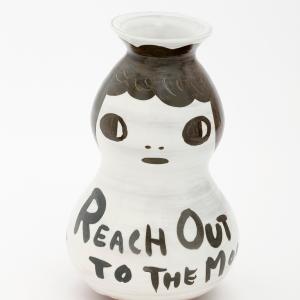 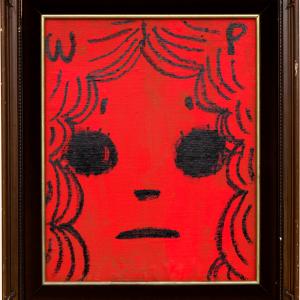 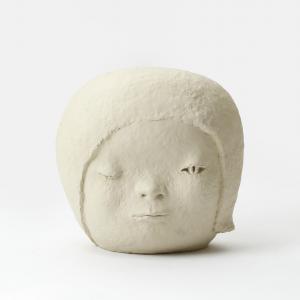 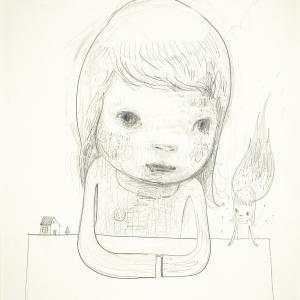 I’ve not only admired, but kind of adored, Nara’s work since coming across it in the 1990s. What I’ve consistently loved about it is how incredibly direct it is, how it leads with an emotional punch. Nara’s works hit us like perfect pop songs hit, rapidly hooking us in and opening up all kinds of feelings. This partly accounts for the intimacy we feel from Nara’s work, like it is emoting with and for us, like it’s operating under our skin. Why Nara is a truly great artist is that every single work does this; every face, every body, every form is uniquely individual holding its own set of feelings and its own individuality encountered nowhere else. So, there’s never a point at which you can say I’ve ‘got’ Nara, I’ve ‘understood’ the practice. There’s always more, like with people: they’re movingly familiar and real, and equally out of reach and undefinable. And alongside this of course, is the cultural and historical complexity of what he’s been doing, blending a range of references from Edo to neo expressionism and reflecting on his country’s past. This deepens their feeling states, making us aware that what we experience from the works is part of a pattern of meaning and sensation shared with others, now and in the past.