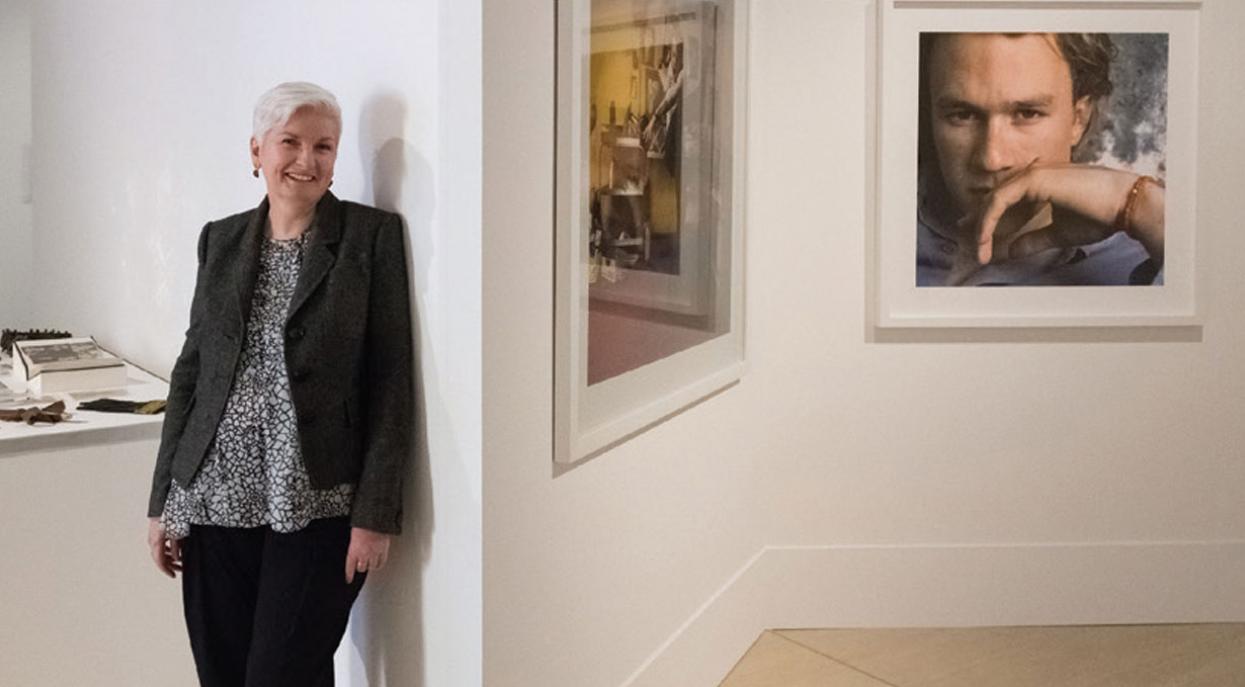 Introducing a compelling new exhibition Heath Ledger: A Life in Pictures presented by AGWA and the Western Australian Museum. Celebrating a life spent both in front of the camera and behind it, this display features photographs and personal belongings of the late Heath Ledger. I met up with curator Allison Holland to discuss what we should expect from the exhibition, currently showing at AGWA.

Hi Allison, thanks for meeting with me today. Could you tell us what we should know about Heath Ledger: A Life in Pictures?

The project started in 2011 with the WA Museum. The core of this exhibition comes from Heath Ledger’s Archive. These include costumes from his films, journals Heath created as he developed several of his characters, as well as an extraordinary number of photographs and film footage taken on and off the set. There are scripts, storyboards, and production stills all documenting the process of filmmaking.

I have also included portraits by artists who photographed Heath at various times throughout his career. These photographs were published in Vanity Fair, Rolling Stone, and other celebrity magazines.

On the 22 January 2018, it will be the 10th anniversary of Heath’s passing, so this exhibition is a timely celebration of his life and creativity. Heath was a local boy and started his career here, so the early section of the exhibition focusses on Perth.

How did you approach the curation of this exhibition?

When I started to work with this material and conceive of the exhibition, I considered displaying the process of filmmaking through Heath’s career to communicate to the audience the complexity of production and how it is a collaborative process. From a very young age, Heath wanted to be a director, so I also wanted to convey his enthusiasm about all aspects of filmmaking – not just being an actor. 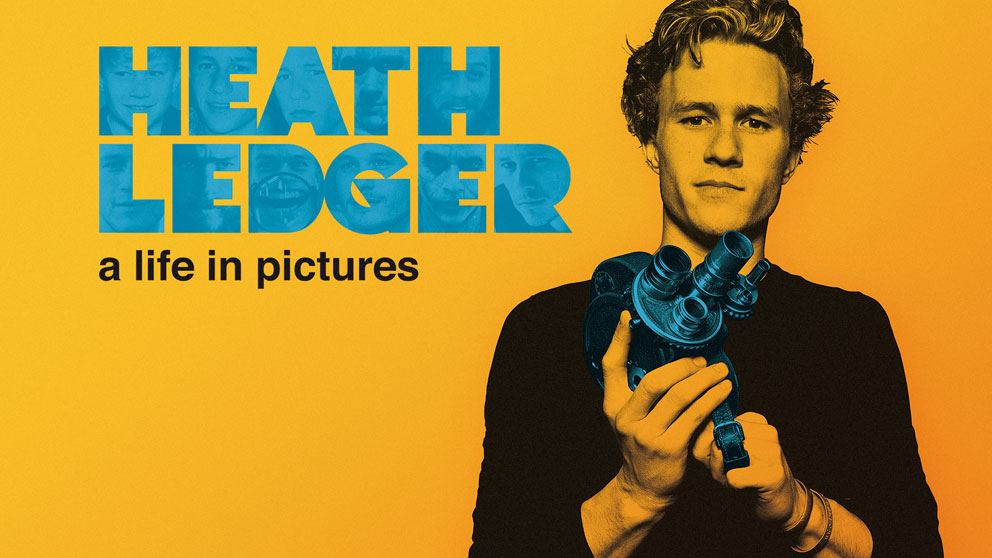 I never knew that. Could you tell us more about Heath’s desire to be a director?

The exhibition also recreates Heath’s creative studio, based in Los Angeles, called The Masses. He and a group of friends – musicians, artists, and filmmakers – got together to collaborate on a diverse set of projects. Heath made a number of music videos, which are being screened, as well as the storyboards and treatments he created as part of the process of directing them.

There were also two films he intended to direct. One of them was The Queens Gambit, based on a novel about a young female chess master. The pre-production stage was scheduled to commence at the end of 2008, but unfortunately, he passed away. The other one, still in script development, was about the 1970s musician Nick Drake.

Heath was very passionate about Nick Drake and while completing Todd Haynes’s biopic on Bob Dylan – I’m Not There – he decided to completely change his approach from depicting the musician’s life to using Nick’s music to lead an unrelated narrative.

That’s interesting to hear. What can you tell us about Heath’s interest in photography?

There are several photographic albums on display in this exhibition, which Heath meticulously compiled by placing photographs in very considered juxtapositions. There are also thirty-two photographs from the Archive hung in a mass display. Many Heath had enlarged, or framed and displayed in his homes.

So when did Heath begin to show an interest in photography?

He’d been taking photographs since he was a teenager, but around 1998 he started to focus on how things looked through the frame, or the lens, of the camera. While on set he would take an opportunity to learn from the directors and the directors of photography. He would look at the rushes or dailies to see how things appeared through the lens, and ask questions about apertures and lighting effects. He was just fascinated by the whole image making process.

Heath sounds like he had many different talents and passions. Are there any we haven’t mentioned yet?

Heath had a passion for chess and played, on an average, ten games a day – he just adored the game.

That’s a lot of chess games! Before we wrap up, can you share what excites you about the exhibition?

I’m excited for people to see his photography and music video. I also want to convey his collaborative nature and how he nurtured younger actors and filmmakers through The Masses and on set. I hope people who visit the exhibition will appreciate the complexity of the film industry and how many people contribute to realising a director’s vision.

Our next Pursuing Your Passions guest is Managing Director of Rusty, Geoff Backshall. Join Geoff on Friday 3 November from 5:30pm in the exhibition space at AGWA.