Heath Ledger: A Life in Pictures

Heath Ledger: A Life in Pictures

Film legend Heath Ledger was a charismatic movie star who pushed the boundaries of acting in his iconic roles. This unique exhibition has been curated by the WA Museum in partnership with AGWA. From his teenage years in Western Australia to his final role as Tony in The Imaginarium of Doctor Parnassus (2009), the exhibition follows a career driven by the actor’s passion for creativity.

Ledger worked with some of cinema’s great directors, actors and crews to achieve unforgettable performances in a range of genres. Heath Ledger: A Life in Pictures will celebrate his screen career with the display of costumes, including the Joker suit from The Dark Knight (2008), and the iconic shirts of Ennis del Mar and Jack Twist from Brokeback Mountain (2005).

On display for the first time, will be Ledger’s research journals revealing the actor’s deep commitment to his profession and how he developed key roles. Awards such as his Best Supporting Actor Oscar and BAFTA for The Dark Knight highlight his achievements in the film industry. Ledger’s celebrity status is reflected in portraits by noted international photographers such as Karin Catt, Platon and Bruce Weber.

A chronological narrative of his acting career will be intertwined with his creative investigations into image-making under the influences of visionary directors Ang Lee, Terry Gilliam and Todd Haynes. Photographic stills and moving images will offer a glimpse of Ledger behind-the-scenes and reveal his creative projects as a director.

Heath Ledger: A Life in Pictures will be open later Friday evenings. While you are here enjoy a large scale game of chess, one of Heath’s favourite past-times.

The Australian Heath Ledger: A Life in Pictures, exhibition opens in Perth 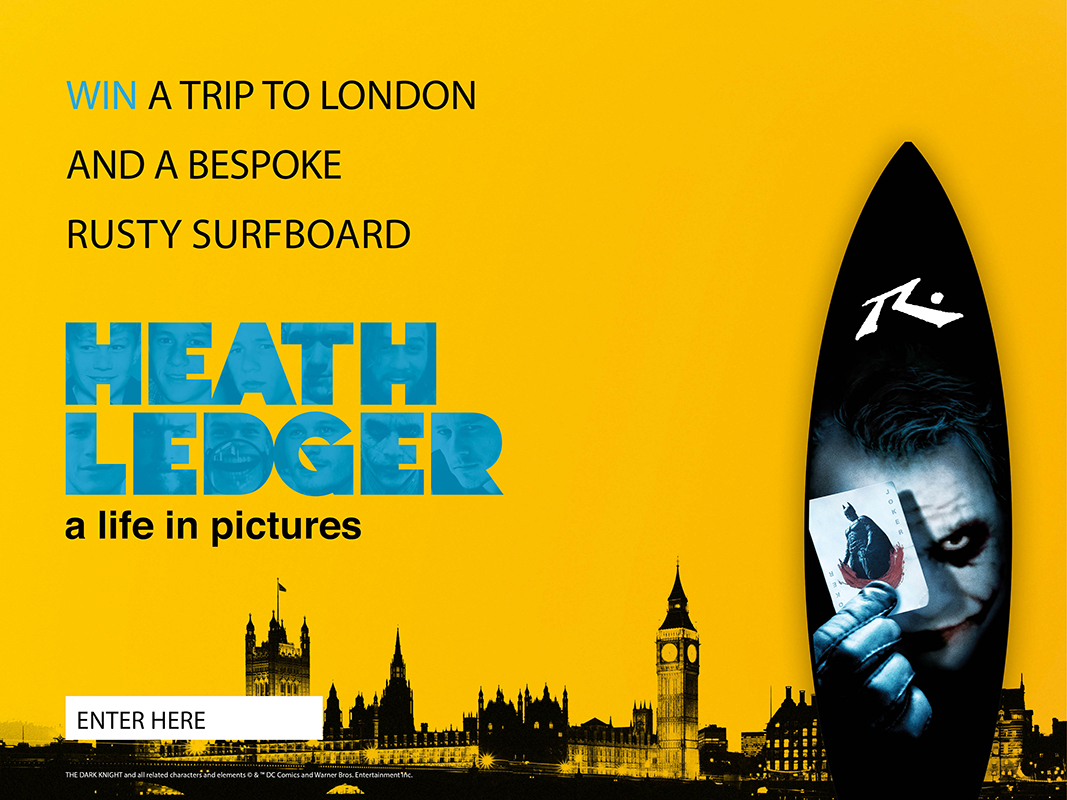 Congratulations to K Cook of Waikiki who was the winner of the Heath Ledger: A Life in Pictures London Calling competition. The prize included a trip for two to London, plus a prize pack including a bespoke Rusty surfboard, a polaroid camera and a "behind the seams" tour of the Angels Costume house. 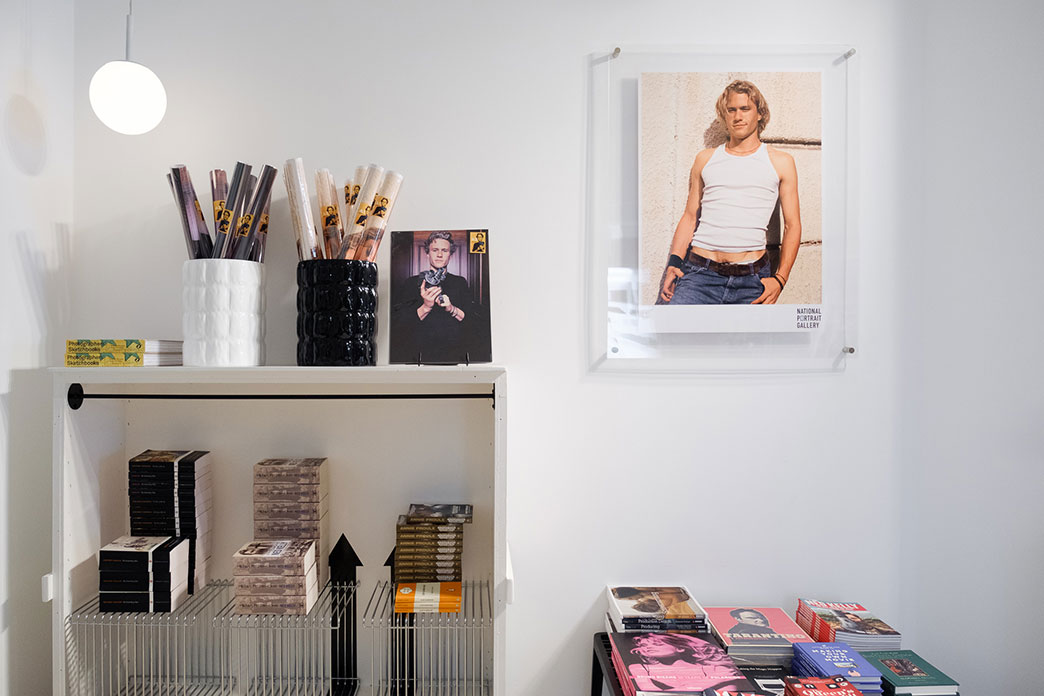 10am-5pm, Wednesday to Monday (until 7.30pm on Friday)
A range of items complementing Heath's passions such as photography and film-making are available for purchase in the Gallery pop-up shop. There's also a selection of striped socks (a favourite fashion accessory of Heath's), books, posters and some stunning limited edition prints of the actor.